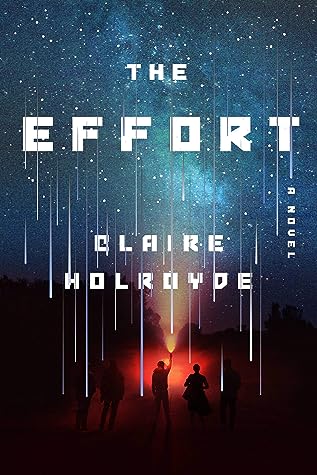 For readers of Station Eleven and Good Morning, Midnight comes an electric, heart-pounding novel of love and sacrifice that follows people around the world as they unite to prevent a global catastrophe.

When dark comet UD3 was spotted near Jupiter’s orbit, its existence was largely ignored. But to individuals who knew better — scientists like Benjamin Schwartz, manager of NASA’s Center for Near-Earth Object Studies — the threat this eight-kilometer comet posed to the survival of the human race was unthinkable. The 150-million-year reign of the dinosaurs ended when an asteroid impact generated more than a billion times the energy of an atomic bomb.
What would happen to Earth’s seven billion inhabitants if a similar event were allowed to occur?

Ben and his indomitable girlfriend Amy Kowalski fly to South America to assemble an international counteraction team, whose notable recruits include Love Mwangi, a UN interpreter and nomad scholar, and Zhen Liu, an extraordinary engineer from China’s national space agency. At the same time, on board a polar icebreaker life continues under the looming shadow of comet UD3. Jack Campbell, a photographer for National Geographic, works to capture the beauty of the Arctic before it is gone forever. Gustavo Wayãpi, a Nobel Laureate poet from Brazil, struggles to accept the recent murder of his beloved twin brother. And Maya Gutiérrez, an impassioned marine biologist is — quite unexpectedly — falling in love for the first time.

Together, these men and women must fight to survive in an unknown future with no rules and nothing to be taken for granted. They have two choices: neutralize the greatest threat the world has ever seen (preferably before mass hysteria hits or world leaders declare World War III) or come to terms with the annihilation of humanity itself.
Their mission is codenamed The Effort.

The Effort by Claire Holroyde is a science fiction fantasy novel set in a near future timeline when it’s discovered that a extinction level event is coming in the near future for the planet. An eight kilometer wide comet is heading straight for Earth which could result in an impact along the lines of that which wiped out the dinosaurs from Earth.

The book follows the paths of many different participants as they prepare for the arrival of the comet. From scientists who are working frantically for a solution to divert the comet to regular families finding the end is near the story jumps from story to story all around the world including as far as the space station and the astronauts.

For me as a reader I usually find myself becoming completely immersed in doomsday scenarios on the pages of a book however with The Effort I felt that I never really got to that point. I think for me there was just too many points of view to follow to really become invested in their individual paths which led to a disconnect from the overall doom. It all just felt a little too familiar in concept from other novels and without truly caring for individual characters this became a so-so story to me. 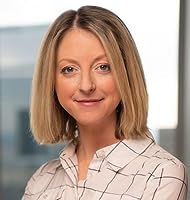 Claire Holroyde is a writer and graphic designer living outside of Philadelphia. The Effort is her first novel. She invites you to visit claireholroyde.com to learn more.