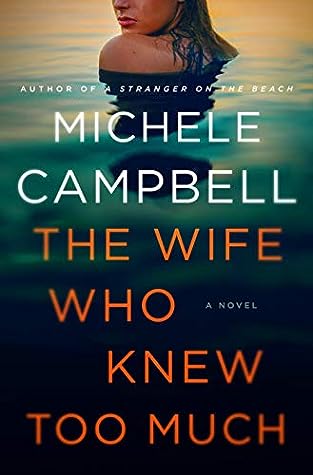 Title: The Wife Who Knew Too Much

From Michele Campbell, the bestselling author of It’s Always the Husband comes a new blockbuster thriller in The Wife Who Knew Too Much.

Meet the first Mrs. Ford
Beautiful. Accomplished.
Wealthy beyond imagination.
Married to a much younger man.
And now, she’s dead.

Meet the second Mrs. Ford.
Waitress. Small-town girl.
Married to a man she never forgot,
From a summer romance ten years before.
And now, she’s wealthy beyond imagination.

Who is Connor Ford?
Two women loved him. And knew him as only wives can know.
Set amongst the glittering mansions of the Hamptons,
The Wife Who Knew Too Much is a decadent summer thriller about the lives of those who will do anything for love and money. Who is the victim? Who is the villain? And who will be next to die?

So far I’ve read four book by Michele Campbell and I swear they just keep getting better with each one. I wasn’t a huge fan of It’s Always the Husband but still found her writing somewhat addicting so I’m glad I’ve continued to come back with each new release.

The Wife Who Knew Too Much is Michele Campbell’s latest thriller that starts the reader off with a diary entry of the current Mrs. Connor Ford who is a famous celebrity. Nina seems to think that her husband is out to kill her and had written the entry in case something happened to her. Then we get a look at a news article that says Nina was found that next morning.

So then the story introduces readers to Tabitha Girard. Tabitha had met Connor Ford as a teenager and had fallen in love with him however the two were from different sides of the tracks. Tabitha’s family was poor and Connor came from money and one night his controlling grandmother ran Tabitha off and the two never saw one another until ten years later with Connor married to Nina.

For me The Wife Who Knew Too Much was completely addictive reading that I just didn’t want to put down. Maybe it’s the secretive nature of the rich and famous in the Hampton’s but there was just something so juicy and compelling about learning the secrets behind Connor’s wives and what would happen with the death investigation. There were a few great twists to make the reader question everything and it kept me hooked until the very last page. 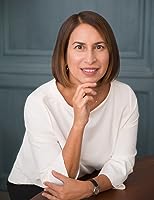 Michele Campbell is a graduate of Harvard College and Stanford Law School and a former federal prosecutor in New York City who specialized in international narcotics and gang cases.

A while back, she said goodbye to her big-city legal career and moved with her husband and two children to an idyllic New England college town a lot like Belle River in IT’S ALWAYS THE HUSBAND. Since then, she has spent her time teaching criminal and constitutional law and writing novels.

She has had many close female friends, a few frenemies, and only one husband, who – to the best of her knowledge – has never tried to kill her.