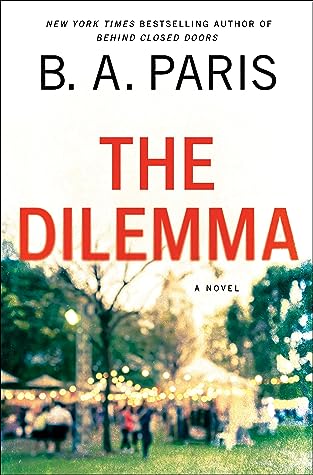 A woman’s birthday party takes a dark turn in a poignant, heart-stopping new novel from the reigning queen of suspense, New York Times and USA Today bestselling author of Behind Closed Doors, The Breakdown, and Bring Me Back.

It’s Livia’s 40th birthday, and her husband Adam is throwing her the party of a lifetime to make up for the wedding they never had. Everyone she loves will be there, except her daughter Marnie, who’s studying abroad. But Livia is secretly glad Marnie won’t be there.

Livia has recently uncovered a secret about their daughter which, if revealed, will shake the foundation of their family to its core. She needs to tell Adam, but she’s waiting until the party is over so they can have this last happy time together.

Adam, meanwhile, has his own surprise for Livia: he’s arranged for Marnie to secretly fly back for the party. But before Marnie arrives, Adam hears some terrible news. Now he too is faced with a dilemma: Does he share what he’s learned with his wife? Is hiding the truth the same as telling a lie? And how far are Adam and Livia willing to go to protect the ones they love—and give each other a last few hours of happiness?

B.A. Paris has become another author that I am always excited to read whenever a new book is going to be released. This time around with The Dilemma I had the feeling that this one is more of a domestic suspence with a lot of the story reading more contemporary but with an ominous undertone.

Adam and Livia have had a long and happy marriage despite a rocky beginning as teenagers in love who became outcasts with an expected pregnancy. The two young lovers were determined they were going to make it and never ever regretted their decision to have their baby going on to have two beautiful children.

Livia’s one regret in her life became not having a big wedding and that special day with family when she was young since her parents refused to attend. Now at forty Livia has been saving and planning for years to throw a huge birthday party for herself to have that special day with family she missed. However, when the day arrives Adam and Livia both have news they hide from one another.

I have to admit that even though this felt more contemporary than the author’s previous books for me the pages still flew by as I was still in complete suspense as to the outcome. From one moment to the next a reader doesn’t know whether to hope for the best or give into a heartbreaking tale so I was still totally engaged in the outcome as much as any thriller novel. 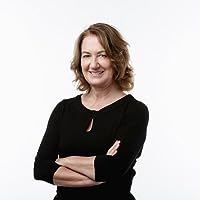 B A Paris is the internationally bestselling author of Behind Closed Doors, The Breakdown and Bring Me Back. Having sold over one million copies in the UK alone, she is a Sunday Times and New York Times bestseller as well as a number one bestseller on Amazon and iBooks. Her books have sold in 40 territories around the world. She has worked in both Finance and as a teacher. Having lived in France for many years, she recently moved back to the UK. The Dilemma is her fourth novel.