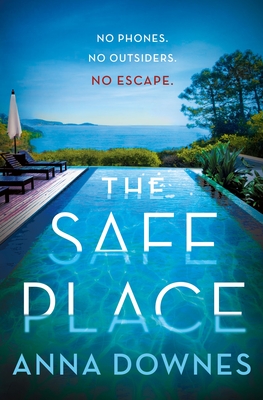 Superbly tense and oozing with atmosphere, Anna Downes’s debut, The Safe Place, is the perfect summer suspense, with the modern gothic feel of Ruth Ware and the morally complex family dynamics of Lisa Jewell.

Welcome to paradise…will you ever be able to leave?

Emily is a mess.

Emily Proudman just lost her acting agent, her job, and her apartment in one miserable day.

Scott Denny, a successful and charismatic CEO, has a problem that neither his business acumen nor vast wealth can fix. Until he meets Emily.

Scott offers Emily a summer job as a housekeeper on his remote, beautiful French estate. Enchanted by his lovely wife Nina, and his eccentric young daughter, Aurelia, Emily falls headlong into this oasis of wine-soaked days by the pool. But soon Emily realizes that Scott and Nina are hiding dangerous secrets, and if she doesn’t play along, the consequences could be deadly.

The Safe Place by Anna Downes is a thriller that is told from the different points of view of the main characters. There is also moments that flash back in time to build the back story of the couple involved.

Emily Proudman is a want to be actress that has taken a temporary receptionist job to actually pay her bills. After a few weeks at that job though Emily finds herself stumbling in late after an audition after which she is immediately fired. Out of work with no way to pay the bills Emily then gets the news her agent is quitting.

Just as Emily is at her worst she stumbles into a “chance” meeting with her boss from her temp job. Scott Denny is charming and attractive but very married but Emily can’t help but be taken with him, she certainly never expected him to offer her another position after being fired either. As surprising as it is though Scott offers Emily a position helping his wife in another country but as unprepared as she is Emily has no choice but to take the offer.

I have to say that The Safe Place certainly started off somewhat eerie and intriguing as you can’t help but wonder just what will take place. Then for me though it seemed like after it got going it seemed to really slow down on the thrill side making the middle drag a bit. By the time it was all said and done this one rated in at three and a half stars to me as I wished it would have kept the feel it gave at the start all the way through. 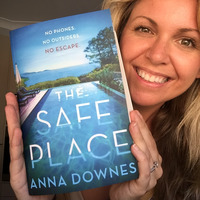 ANNA DOWNES was born and raised in Sheffield, UK, but now lives just north of Sydney, Australia with her husband and two children. She worked as an actress before turning her attention to writing and appeared in BBC TV shows such as Eastenders, Casualty, Holby City, and Dalziel and Pascoe, as well as a long-running stage production of “The Dresser” in London’s West End. She has degrees from both Manchester University (Drama) and RADA (Acting). She has been published in the Zodiac Literary Review, shortlisted for the Sydney Writers Room Short Story Prize and longlisted for the Margaret River Short Story Competition. The Safe Place was inspired by Anna’s experiences working as a live-in housekeeper on a remote French estate in 2009-10.