A Walk Along the Beach by Debbie Macomber #bookreview #romance #contemporary 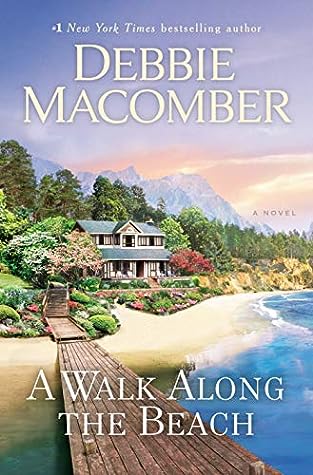 Title: A Walk Along the Beach

Two sisters must learn from each other’s strengths and trust in the redeeming power of love in a touching new novel from #1 New York Times bestselling author Debbie Macomber.

The Lakey sisters are perfect opposites. After their mother died and their father was lost in grief, Willa had no choice but to raise her sister, Harper, and their brother, Lucas. Then, as an adult, she put her own life on hold to nurse Harper through a terrifying illness. Now that Harper is better and the sisters are living as roommates, Willa has realized her dream of running her own bakery and coffee shop, bringing her special brand of caretaking to the whole Oceanside community.

Harper, on the other hand, is always on the go. Overcoming a terrible illness has given her a new lease on life, and she does not intend to waste it. When Harper announces her plan to summit Mount Rainier, Willa fears she may be pushing herself too far. Harper, for her part, urges Willa to stop worrying and do something outside of her comfort zone—like taking a chance on love with a handsome new customer.

Sean O’Malley is as charming as he is intriguing—a freelance photographer whose assignments take him to the ends of the earth. Soon Willa’s falling for him in a way that is both exciting and terrifying. But life has taught Willa to hedge her bets, and she wonders whether the potential heartache is worth the risk.

Life has more challenges in store for them all. But both sisters will discover that even in the darkest moments, family is everything.

Having read several books by Debbie Macomber and really enjoying them I was excited to be able to pick up her latest contemporary romance A Walk Along the Beach. Of course what I expected was some really solid writing and she did not disappoint yet again.

Willa Lakey grew up rather fast when her mother passed away and Willa took over the motherly role to her brother and sister. While Willa kept the family pulled together things were not easy as her younger sister Harper was diagnosed with a serious illness. Thankfully though Harper survived and the sisters grew even closer.

Now Willa runs her own coffee shop working long hours as Harper lives life on the edge always keeping her sister nervous with worry. When Sean O’Malley walks into Willa’s shop Harper is sure he has his eye on Willa and to her delight he does ask her out. Just as Sean and Willa are starting a relationship though Willa gets some news that rocks her world.

So I’ll begin this with a confession, one thing about contemporary romance for me is I often find myself rolling my eyes at the inevitable conflict that will occur. Quite often I think to myself that the character is overreacting but when it came to A Walk Along the Beach I could so feel for Willa as the book became quite heartbreaking and moving and I just wanted to hug her. This however made me question if maybe the romance wasn’t quite up to what I normally feel for this author’s characters but by the end I did enjoy the story enough to still rate at four stars.

In 2020, Macomber’s all-new hardcover publications include A Walk Along the Beach (July) and Jingle All the Way (October). In addition to fiction, Macomber has also published three bestselling cookbooks, an adult coloring book, numerous inspirational and nonfiction works, and two acclaimed children’s books.