Where There Be Humans by Rebekah L. Purdy #bookreview #fantasy #YA 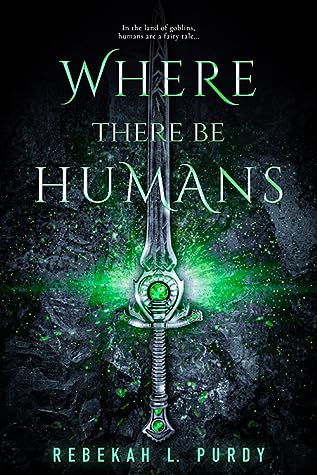 Title: Where There Be Humans

Sixteen-year-old Ivy Archer is arguably the best warrior-in-training Gob Hollow has ever seen. Yet everyone—except her best friend she suddenly has other feelings for—looks down on her because she’s only half goblin, with no idea what the other half is. She’s always suspected it might be human.

But humans, she’s been told, aren’t real. They’re only creatures of myth.

When the prince of their kingdom is taken for ransom, it’s Ivy’s big chance to prove her worth. And when she learns his captors are human, the rescue mission becomes personal. The stories were clearly wrong, and now she has a chance to find the truth about her lineage, as well. If she survives…

With a small band of warriors at her command, including her best friend turned crush that’s getting harder to hide, Ivy sets out to find the prince and her human family. But the answers lie within secrets and conspiracies that run far deeper than she ever imagined.

Where There Be Humans by Rebekah L. Purdy is a fast paced, young adult fantasy read. The main characters of this world are goblins in a world also with trolls, and elves but humans are the thing of fairy tales to these creatures.

Ivy Archer is a sixteen year old goblin that has been training to be a warrior in her land of Gob Hollow. Although Ivy is arguably the best in training she’s not well liked by those around her since she’s always been a little different that the other goblins leaving her to wonder if she isn’t part of another species.

When it comes time for the new warrior selections Ivy is left out of those chosen instead finding herself promised in a marriage she does not want. However, when the goblin prince is taken hostage Ivy finds herself leading the effort to return him safely out of the land of the humans where she also finds more about her heritage.

Personally I enjoyed reading Where There Be Humans and appreciated the creativity behind the world of Gob Hollow. It’s not often we find creatures other than the standard vampires and werewolves being the star of the show so hopping into the land of goblins for a few hours with all the twisty secrets of Ivy’s family was quite fun. I wouldn’t have minded a bit more depth to the story as it does go rather quickly but otherwise liked reading this one. 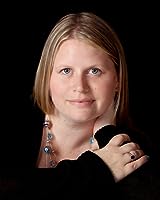 I was born and raised in Michigan (just look for the giant mitten on the map—it’ll likely throw a snowball at you). I spent most of my time in Michigan, but while in the army got to call KS, SC, MO, and CA home for awhile as well.

As a kid my family moved around a lot. Try spending both your freshman and senior years at new schools (yeah, loads of fun). I could’ve changed my name to “new girl”.

I love writing for teens because those are the years I remember falling in love with most of my favorite books. Some of the authors I couldn’t put down were L.J. Smith, Christopher Pike, R.L. Stine, Richie Tankersley Cusick, Joan Lowery Nixon, Lois Duncan, amongst several others.

My husband and I have a large family. There are six kids total! So we have LOTS of fun on vacations (although hours on the road, cooped up in the Expedition is kind of stressful—although we pass the time with MAD LIBS and hoping no one gets carsick).

Some fun facts about me:

My first real crush was on Luke Skywalker (LOL—hey, I was like 8 years old and it came out before I was born).

I’m obsessed with several TV shows/Movies: The Vampire Diaries, Lord of the Rings, Star Wars, Sean of the Dead, The Sing Off, Ghost Hunters, Destination Truth, True Blood, Being Human, Fact or Fake, Haven and all the cake designing ones! Oh and all the spoof movies!

I still own all the books I bought as a kid/teen.

I have a hankering for chocolate (like all the time, seriously. If my arm was made of it I’d chew it off).

In my spare time I like to write (obviously), read, sing, hang out with my kids, play with my animals, camp, play soccer, check my email (hehehe), watch football (go LIONS). I also love hanging out with my sister and hubby!