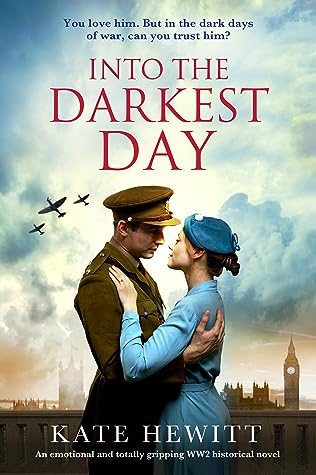 Title: Into the Darkest Day

She had to step outside and hold the paper up to the moonlight to read it, but when she was able to make out the words, her heart felt as if it would drop right out of her chest. Because the message was in German.

1944, London:
When Lily meets enigmatic GI Matthew in war-torn London, she doesn’t expect to fall in love. While her sister starts a reckless affair with another GI, Lily tries to hide her growing feelings for Matthew.

But Matthew has a devastating secret. One that could change their lives forever.

Present day, USA:
Abby lives a quiet life on an apple farm in Wisconsin. Tormented by survivor’s guilt after the tragic deaths of her mother and brother, Abby leaves the orchards as little as possible, keeping her life small, peaceful and safe… Until she is contacted by Englishman Simon Elliot, who arrives nursing a heartbreak of his own, and bearing a World War Two medal that he claims belonged to Abby’s grandfather.

Together they begin to piece together the heartbreaking story of their relatives’ war. But as the story brings Abby and Simon closer—tentatively beginning to lean on one another to heal—they uncover a dark secret from the past.

And like Lily and Matthew nearly eighty years before them, it will make Abby and Simon question whether you can ever truly trust someone, even when they have your heart…

A heartbreakingly powerful, epic love story about courage, friendship and broken trusts, Into the Darkest Day is an unforgettable story perfect for fans of Nora Roberts, Kristin Hannah and The Notebook.

Into the Darkest Day by Kate Hewitt is sort of a contemporary romance mixed with a historical romance with the book taking place in two timelines. The chapters alternate between the current characters and story then change the point of view to their relatives in the past.

In the present day in the U.S Abby lives with her father on the family apple orchard in Wisconsin. Since the passing of Abby’s mother and brother she has been resigned to her quiet life helping her father run the family farm instead of pursuing her own dreams.

When Abby is contacted by Simon Elliot claiming to have a medal that belonged to her grandfather she isn’t sure what to think. Abby’s father isn’t happy at all with looking into the past but Abby can’t help but be curious as to what took place all those years ago between her grandfather and Simon’s grandmother.

Into the Darkest Day was was a great read that flowed along rather nicely as it switched the timelines and characters. The idea behind the main characters in the present timeline not knowing what had happened to their relatives in the past seemed like a very realistic prospect so it drew me in with them as the story in the past unfolded and the twists and turns of the past came to light. 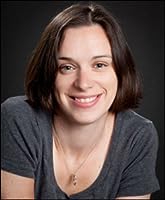 Kate Hewitt is the bestselling author of many novels of women’s fiction, including the Hartley-by-the-Sea series set in the Lake District, the Willoughby Close series set in the Cotswolds, and Tales From Goswell written as Katharine Swartz. Her novel A Mother’s Goodbye has been called ‘unputdownable’ and ‘the most emotional book I have ever read’ by readers. Her latest novel, Not My Daughter, is out now, and No Time to Say Goodbye is available for preorder.

She lives in a small market town in Wales with her husband and five young(ish) children, along with their two Golden Retrievers. Join her newsletter for monthly updates and giveaways at http://www.kate-hewitt.com, or be part of her Facebook groups Kate’s Reads.