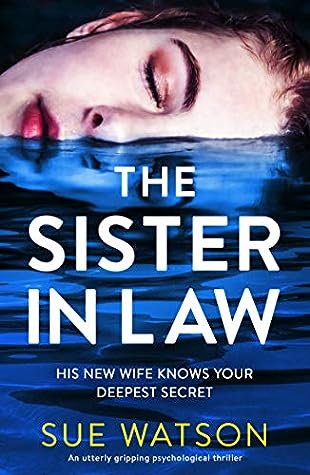 ‘You don’t think Jamie and I have secrets, do you? No, we tell each other everything.’ She smiled. ‘Including your dirty little secret. So maybe it’s time to start being nice to me?’

THE WIFE: Clare is ready for a break. It’s been a tough year and now she wants to put her feet up. Arriving at the Italian villa for their summer holiday, she decides it’s high time her husband and his family did some of the work. After all, her husband owes her…

THE HUSBAND: Even though Dan had his head turned by someone else, he’s realised the error of his ways. He’s here now, and he says it’s for keeps. Clare can trust him, can’t she? At least he’ll have his brother there, to keep him in line…

THE BROTHER: Jamie is the prodigal child, back in the family fold again after years of travelling abroad. But when he gets to the villa, he’s not alone. He’s brought a wife, someone none of them have met before.

THE SISTER-IN-LAW: Ella is everything Clare isn’t. Glamorous. Young. Influential. But she knows a secret about Clare. Something that has the power to break the whole family apart.

And there’s someone who will do whatever it takes to make sure that this deep secret never comes to the surface.

An utterly unputdownable, gripping, twisty psychological thriller, perfect for fans of Before I Go To Sleep, The Girl on the Train and Date Night.

I’ve actually read a few books by Sue Watson before since she writes both contemporary romance and thrillers and I enjoy reading both so I was expecting this book to be a good one since I’d enjoyed the others in the past. Thankfully my expectations were completely met when I picked up The Sister-in-Law which is her latest psychological thriller.

In The Sister-in-Law we meet Clare who has been married to her husband Dan for quite a while with the couple having three young children. Clare had lost both of her parents early in life so when marrying Dan she loved gaining his family as her own and always looks forward to their large family vacations with his parents and brother.

The year though Clare and Dan have been struggling in their marriage so the family getaway is that much more important but after arriving to the Italian villa for the summer holiday the entire family is in for a surprise. This year Dan’s brother Jamie is not alone when he arrives but announces that the young woman with him is his newly wedded wife.

The Sister-in-Law was really one of those books that I just wanted to grab some snacks and watch the drama unfold in front of me. The tennis match of psychological torment between these new sisters in laws definitely kept me entertained. As usual Sue Watson gives readers plenty of action in this thriller to keep the pages turning along with a few twists to the story along the way that one probably will not expect. 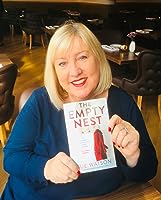 Now a USA Today bestselling author, Sue has written fifteen novels – many involving cake – which have been translated into several languages and involved tough ‘cake research.’ Sue is now exploring the darker side of life with her thrillers OUR LITTLE LIES, THE WOMAN NEXT DOOR, and THE EMPTY NEST. Writing in this new genre doesn’t involve the deep research of baked goods and Sue’s hoping the change in direction will be reflected on the weighing scales.

Originally from Manchester, Sue now lives with her husband and teenage daughter in Worcestershire where much of her day is spent writing – okay, procrastinating, eating and watching ‘My 600lb Life,’ on the sofa.

← The Twin by Natasha Preston #bookreview #YA #thriller
Cover Reveal: Fool for Him by R.C. Martin →