Red Rising meets The Scorpio Races in this epic fantasy following three phoenix horse riders–skilled at alchemy–who must compete at The Races–the modern spectacle that has replaced warfare within their empire.

Every year since the Ashlords were gifted phoenix horses by their gods, they’ve raced them. First into battle, then on great hunts, and finally for the pure sport of seeing who rode the fastest. Centuries of blood and fire carved their competition into a more modern spectacle: The Races.

Over the course of a multi-day event, elite riders from clashing cultures vie to be crowned champion. But the modern version of the sport requires more than good riding. Competitors must be skilled at creating and controlling phoenix horses made of ash and alchemy, which are summoned back to life each sunrise with uniquely crafted powers to cover impossible distances and challenges before bursting into flames at sunset. But good alchemy only matters if a rider knows how to defend their phoenix horse at night. Murder is outlawed, but breaking bones and poisoning ashes? That’s all legal and encouraged.

In this year’s Races, eleven riders will compete, but three of them have more to lose than the rest–a champion’s daughter, a scholarship entrant, and a revolutionary’s son. Who will attain their own dream of glory? Or will they all flame out in defeat?

Ashlords by Scott Reintgen is the first book of a new young adult fantasy duology series. The story follows three of the Phoenix racers by changing the point of view between the characters with each chapter as they prepare for the upcoming race.

The riders in the big race will be riding Phoenix horses that are brought to life by the rider’s alchemy giving them all unique qualities. At the end of each day however in the race the Phoenix return to ash until their rider can resurrect them again.

Pippa, Adrian, and Imelda are three of the eleven racers that are preparing themselves for the grueling battle ahead. All have trained in the ways they could with one coming from a champion family and expected to win, one being a scholarship entrant, and another a revolutionary’s son preparing for war.

Well Ashlords certainly took an often used clashing society full of the different classes of citizens on the verge of uprising to a different place. The idea of the big upcoming race somewhat gave me images of them being tossed into the Hunger Games but with a whole new unique battle for these entrants using magic and mischief to compete with their Phoenixes. The end of this first book was just enough of a cliffhanger to show that book two will probably take readers to a whole new side to these characters story too to leave readers wanting more. 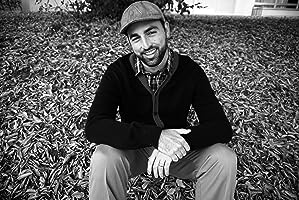 Scott Reintgen has spent his career as a teacher of English and Creative Writing in diverse urban communities in North Carolina. The hardest lesson he learned was that inspiration isn’t equally accessible for everyone. So he set out to write a novel for the front-row sleepers and back-row dreamers of his classrooms. He hopes that his former students see themselves, vibrant and on the page, in characters like Emmett.