Overwhelmed by tragedy, a woman desperately tries to save her marriage in award-winning author Jennifer Hillier’s Little Secrets, a riveting novel of psychological suspense.

All it takes to unravel a life is one little secret…

Marin had the perfect life. Married to her college sweetheart, she owns a chain of upscale hair salons, and Derek runs his own company. They’re admired in their community and are a loving family―until their world falls apart the day their son Sebastian is taken.

A year later, Marin is a shadow of herself. The FBI search has gone cold. The publicity has faded. She and her husband rarely speak. She hires a P.I. to pick up where the police left off, but instead of finding Sebastian, she learns that Derek is having an affair with a younger woman. This discovery sparks Marin back to life. She’s lost her son; she’s not about to lose her husband, too. Kenzie is an enemy with a face, which means this is a problem Marin can fix.

If you’re looking for a thriller with that wow factor then look no further than Little Secrets by Jennifer Hillier. Having read a couple of other books from Jennifer Hillier I went into this one expecting it to be good and thankfully I was not let down in the least.

Little Secrets starts off with the unthinkable moment that any parent fears when Marin was at the mall shopping with her little boy. Taking her eyes off her son for just a few moments to respond to her husband’s text Marin’s worst fear comes true when she realizes her little boy, Sebastian, is no longer beside her.

Now, instead of staying with the family and the search the book then jumps ahead sixteen months later with Marin and her husband, Derek. Their marriage is barely hanging on, Marin herself is barely hanging on, and life has certainly not been easy since Sebastian’s disappearance. Then on top of it all for Marin she gets the news that her husband has been cheating and let’s just say Marin is definitely not in her right mind to deal with the news.

Being a definite page turner this is a book that you don’t want to pick up until you have some time to invest because it will be incredibly hard to put back down once you start. Simply one of those stories that feels a bit like a train wreck with Marin’s huge mess her life has turned into so you know you shouldn’t stare but you can’t look away. Definitely one that I would recommend picking up if you can! 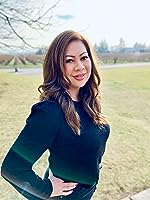 Jennifer Hillier writes about dark, twisted people who do dark, twisted things. Born and raised in Toronto and a proud Canadian, she spent eight years in the Seattle area, which is where all her books are set.

She loves her son, her husband, the Seahawks, and Stephen King. Not equally, but close. She’s the author of six novels, including JAR OF HEARTS, which won the Thriller Award, and was shortlisted for the Anthony and Macavity Awards.

Her newest psychological thriller, LITTLE SECRETS, will be out on April 21, 2020 from Minotaur Books.

Learn more about her at jenniferhillierbooks.com