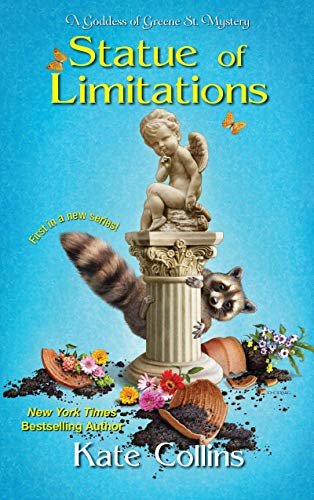 In this delightful new series by the New York Times bestselling author of the Flower Shop Mysteries, Athena Spencer comes back home to work with her crazy big Greek family at their garden center. But she never expected a return to her roots would mean protecting her family from murder . . .

After her divorce, Athena has returned to coastal Michigan to work in her family’s garden center and raise her son, while also caring for a mischievous wild raccoon and fending off her family’s annoying talent for nagging. Working alone at the garden center one night, Athena is startled by a handsome stranger who claims to be the rightful owner of a valuable statue her grandfather purchased at a recent estate sale.

But she has even bigger problems on her plate. The powerful Talbot family from whom her pappoús bought the statue is threatening to raze the shops on Greene Street’s “Little Greece” to make way for a condo. The recent death of the family’s patriarch already seemed suspicious, but now it’s clear that a murderer is in their midst. Athena will have to live up to her warrior goddess namesake to protect her family from a killer and save their community from ruin . . .

Statue of Limitations by Kate Collins is the first book in the new cozy A Goddess of Greene St. Mystery series. As with most cozy mystery series the mystery inside this first book will be fully solved so each book could be read as a standalone with only some character development carrying over and not leaving on cliffhangers.

The Goddess of Greene St. Mystery series introduces readers to Athena Spencer who after going through a divorce decided to move back to Sequoia, Michigan. Athena wanted a fresh start with her son and thought there was nothing better than to return to her large Greek family and begin helping in their garden center.

One night as Athena is finishing up and preparing to lock up for the night she hears a noise inside the center. Upon inspection Athena finds a man who claims to have been told to wait for help but as Athena questions him she begins to get suspicious of his motives for being in the center. Shortly after the strange encounter though Athena finds her hands even fuller after hearing of the death of a local which leads Athena on the path to find a murderer.

Statue of Limitations was a really solid start to a new fun cozy series. I easily found myself enjoying the characters and setting of this series with only one small complaint to those, I didn’t quite understand why we didn’t get to see Athena’s son involved. Kids can often make a cute addition but he was always off with someone else watching him while momma did her sleuthing. Overall though I would give this new series 3 1/2 stars and would like to see how things unfold in the next installment. 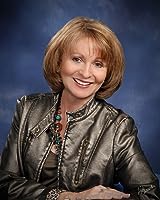 Kate Collins is the author of the best-selling Flower Shop Mystery series. Her books have made the New York Times Bestseller list, the Barnes & Noble mass market mystery best-sellers’ lists, the Independent Booksellers’ best-seller’s lists, as well as booksellers’ lists in the U.K. and Australia. All Flower Shop Mysteries are available in paperback, hardback and large print editions. The first three books in the FSM series are now available on audiobook.

In December of 2017, a Christmas novella featuring the whole cast from the Flower Shop Mystery series was released in e-book format. MISSING UNDER THE MISTLETOE is the first mystery to be released digitally, with plans for many more stories to come.