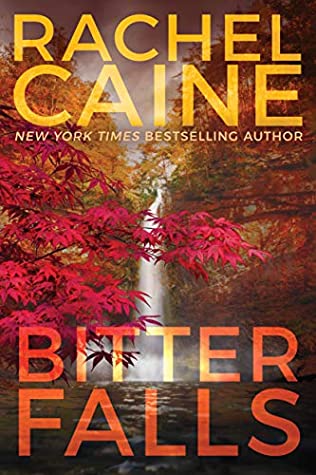 She’s investigating a cold case no one else could—by going places no else would dare.

In spite of a harrowing past still haunting her, Gwen Proctor is trying to move forward. Until a new assignment gives her purpose: the cold-case disappearance of a young man in Tennessee. Three years missing, no clues. Just Ruth Landry, a tortured mother in limbo. Gwen understands what it’s like to worry about your children.

Gwen’s investigation unearths new suspects…and victims. As she follows each sinister lead, the implications of the mystery grow more disturbing. Because the closer Gwen gets, the closer she is to a threat that looms back home.

In a town that’s closed its ranks against Gwen; her partner, Sam; and her kids, there’s no bolder enemy than the Belldene family—paramilitary, criminal, powerful, and vengeful. As personal vendettas collide with Gwen’s investigation, she’s prepared to fight both battles. But is she prepared for the toll it could take on everyone she loves?

Bitter Falls by Rachel Caine is the fourth installment of the thrilling Stillhouse Lake series. The first book in the series, Stillhouse Lake, introduced readers to Gwen Proctor who had gone into hiding with her two children after it was found that her husband was a serial killer. The trio had been on the run for several years not only trying to make sure that her husband who had gone to prison wouldn’t know of their whereabouts but also the vigilantes that thought Gwen was an accomplice to the killings instead of an innocent housewife.

After years of being on the run and hiding Gwen and her children were tired of constantly being on the move and decide to  finally settle at a home at Stillhouse Lake. This series continues their story from book to book and is best read from the beginning to get the  full story on the dangers the family has faced and to get to know all the characters well. Each book of the series has picked up right after the previous had left off and continued the story of the family as they face the new dangers.

I have been following this series from the beginning myself having been a fan of other books by Rachel Caine and have absolutely loved this series from the start. I have loved the way it digs deep into what happens to  the  family of a convicted killer bringing in the internet and media and their intrusion into their lives. The characters are likable and the story is one that has kept my attention and had me on the edge of my seat.

And with each new book of the series I have loved that the author has gone a little different in style and taken the story in new directions to keep readers on our toes. This to me has made it not feel like we are just re-reading the first book over and over and kept everything fresh and new each time so as to not become the way some series can that end up feeling stale. As usual I can’t wait to see what the author has in store next! 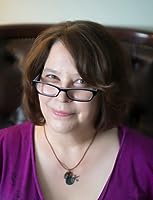 The pilot for the crowdfunded show MORGANVILLE is now available on Amazon Prime as streaming video.

Rachel is very pleased to have participated in DEAD AIR, a new combined project from acclaimed producer/publisher Serial Box, cowriting episodes with Gwenda Bond and Carrie Ryan. The project launches in August 2018.

She was born at White Sands Missile Range, which people who know her say explains a lot. She has been an accountant, a professional musician, and an insurance investigator, and ultimately a corporate management executive before leaving to write full time. She and her husband, comic historian/actor/artist R. Cat Conrad, live in Texas.