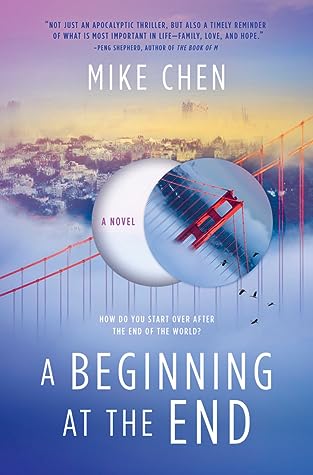 Title: A Beginning at the End

How do you start over after the end of the world?

Six years after a global pandemic wiped out most of the planet’s population, the survivors are rebuilding the country, split between self-governing cities, hippie communes and wasteland gangs. In post-apocalyptic San Francisco, former pop star Moira has created a new identity to finally escape her past—until her domineering father launches a sweeping public search to track her down. Desperate for a fresh start herself, jaded event planner Krista navigates the world on behalf of those too traumatized to go outside, determined to help everyone move on—even if they don’t want to. Rob survived the catastrophe with his daughter, Sunny, but lost his wife. When strict government rules threaten to separate parent and child, Rob needs to prove himself worthy in the city’s eyes by connecting with people again. Krista, Moira, Rob and Sunny are brought together by circumstance, and their lives begin to twine together. But when reports of another outbreak throw the fragile society into panic, the friends are forced to finally face everything that came before—and everything they still stand to lose. Because sometimes having one person is enough to keep the world going.

A Beginning at the End by Mike Chen is a post apocalyptic science fiction fantasy. This story follows a few of the survivors left in the world after a plague wiped out several billion people in the world by changing the point of view between them.

When the world was first battling a virus that was quickly spreading throughout the world and taking many people Moira was a young teen pop star that had spent her life controlled by her father. One night as she’s performing the crowd becomes chaotic as the news has hit the virus had come to their town so Moira took the opportunity to slip into the chaos and run from her father and stardom.

As the years pass a huge portion of the world’s population is overtaken by the virus leaving only a billion or so alive. Among the survivors is Rob who is now a single father to his daughter Sunny and Krista who is an event planner who just happens to be planning the wedding of the once former popstar Moira who now has a new identity. These four survivors find their paths crossing in the new world as they all try to navigate and survive.

Now, the one thing that makes this post apocalyptic read stand out to me the most was the fact that we don’t have a wasteland of a world left but what seemed like normally functioning cities with cell phones, restaurants, air travel, and on and on.  However, while I enjoyed watching the characters in their “new” normal and how they came together I did think that things going on in the world building would often contradict things we were told if you sit back and think too hard about the setting. For example cities are fully functioning but where does the food and other goods come from? When farming is mentioned it seems like a hippie commune supporting itself, not the masses. So basically in the end while I found the story enjoyable to an extent I also questioned it leaving me to rate it at 3.5 stars. 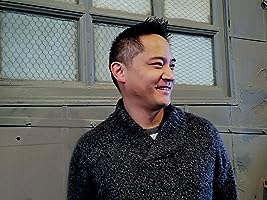