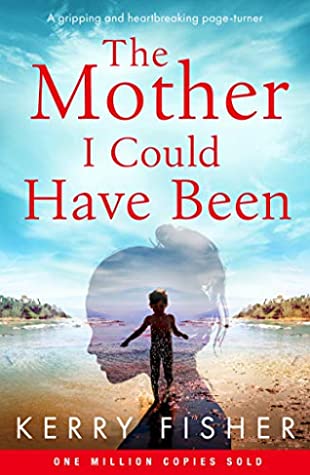 Title: The Mother I Could Have Been

Why would you walk away from the one person you can’t live without?

As a child, Vicky Hall never had the sort of family she wanted. The least important person in her new step-family, ignored by her mother in favour of her two younger half-siblings, Vicky was always an afterthought. Sitting alone at her graduation ceremony at the age of twenty-one, she vows to create her own family and her own life, one which is full of the love and attention she has always craved.

When Vicky meets William and falls pregnant in Greece that summer, it isn’t planned. But the two of them believe they can make it work, showering their child with the love which they believe should be enough.

But when her son Theo is two, Vicky leaves him in the care of her mother-in-law, walks out of her front door and drives to a hotel where she takes a room for the night. She doesn’t return.

What kind of mother does that?

The kind who is hiding a story you can never imagine.

The Mother I Could Have Been is a heartbreaking story of impossible decisions and second chances, from the bestselling author of The Silent Wife and The Woman I Was Before. Perfect for fans of Jodi Picoult, Liane Moriarty and Diane Chamberlain.

The Mother I Could Have Been by Kerry Fisher is really a contemporary story that does have some romance here and there. The book is an emotional one that follows the life of a young women over the course of more than a decade.

As Vicky Hall is about to graduate her family is not around yet again. With a mother who had remarried and is now involved with her step siblings Vicky has felt like she is an afterthought for years and vowed to herself to form her own family in adulthood.

Instead of heading home after graduation Vicky decides to take off on a vacation where she meets William. The two have a wild fling that ends up in pregnancy that sends Vicky home to the UK with William and his family.

I have to say I think I was most impressed with this one after starting off not thinking highly of the main character and coming full circle by the end. The ups and downs over the course of the years passing kept the pages turning and wondering how it would all work out in the end for the characters.

Kerry Fisher is an internationally bestselling author of six novels, including The Woman I Was Before, The Silent Wife and The Secret Child. She was born in Peterborough, studied French and Italian at the University of Bath and spent several years living in Spain, Italy and Corsica. After returning to England to work as a journalist, she eventually abandoned real life stories for the secrets of fictional families. She now lives in Surrey with her husband, two teenage children and a naughty Lab/Schnauzer called Poppy.

Best advice ever received: ‘This is fiction, we can skip the boring bits.’ Lynn Hightower, UCLA Writers’ Program.