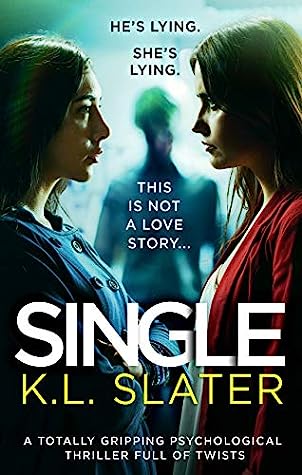 ‘I keep feeling like I’m being watched – dropping the boys off at school, choosing wine at the supermarket – but when I turn around there’s nobody there…’

When single mother Darcy’s son falls from a rope bridge at a local playground, life stands still. She clutches his small, limp body, frozen, until a pair of strong hands push her aside, and she watches as George, a local doctor, saves her son’s life.

George is a single parent too, and with his twinkling hazel eyes, easy charm, and lack of wedding band is almost too good to be true, but coffee becomes lunch, lunch becomes dinner, and soon they can’t go an evening without seeing each other. When he invites her to move into his beautiful home with its sprawling garden for her boys, Darcy doesn’t hesitate.

But as Darcy is settling in, she receives a bunch of flowers with a chilling message. George says they’re from an obsessed ex-girlfriend, Opal, and days later Opal turns up at Darcy’s son’s football match. She claims to have shocking information that could threaten George’s custody of his daughter.

Darcy doesn’t know who to trust, but she’s starting to suspect that, whatever the truth, she might have put her beloved boys into terrible danger …

From the million-copy-bestselling author K.L. Slater this utterly gripping psychological thriller will make you gasp out loud as you race towards the unforgettable twist. If you loved The Girl on the Train and The Wife Between Us this book is for you.

Darcy is a single mother of two boys that while she has them playing at the playground the unthinkable happens and one of her boys falls. Thankfully there was a doctor also at the playground with his daughter and he manages to save Darcy’s son’s life.

Seeing that George, the doctor, didn’t have a ring on his finger and was young and handsome Darcy goes out of her way to thank him for his help. Soon after tracking him down George asks Darcy out and the two begin to date but both have problems in their past that follows them into their new relationship.

Single was typical of K.L. Slater’s work with plenty of twists and turns and engaging writing that drew me right into the story. As the story in this book builds you clearly begin to suspect everyone and don’t know who to trust as the layers are uncovered with every twist. Definitely still a fan and will certainly keep an eye out for her next novel. 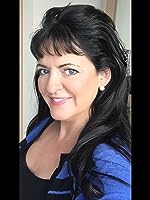 Kim is the million-copy bestselling author of nine psychological crime thrillers. Her tenth thriller, SINGLE, is published November 2019 and is now available for pre-order. Her titles are published in eBook by Bookouture and in paperback by Sphere (UK) and Grand Central (USA).

For many years, Kim sent her work out to literary agents and collected an impressive stack of rejection slips. At the age of 40 she went back to Nottingham Trent University and now has an MA in Creative Writing.

Before graduating in 2012, she had gained literary agent representation and a book deal. As Kim says, ‘it was a fairytale … at the end of a very long road!’

Kim is a full-time writer. She has one daughter, two stepsons and lives with her husband in Nottingham.