The Lonely Lover by A. Martin blitz with giveaway 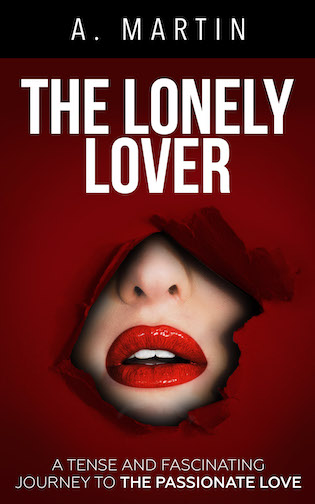 The lonely lover is the story of a man determined to obtain freedom and beauty. A. Martin will use crime to get what he wants. But first he has to fight against betrayal and love, led by a woman-shaped angel through the labyrinths of sex and eroticism.

A company dedicated to money laundering. A secret society devoted to sex. The lonely lover by A. Martin is a novel that you could not forget. Eroticism permeates every page. Sex as you have never been told. A frenetic thriller that you could not put down.

She took my hand to her face; she was wearing a mask like mine. I tried to caress her, to get to know her body but she firmly held my hand.

– “A choir of maidens offers immense happiness.” She said.

I got so excited that I could not hold back when I felt the brief touch of her hand, which did not seem a human touch at all. My sex got erect craving that silky touch. I could feel her breathing next to my glans, but she did not grab it into her mouth. She caressed it in such a way that I could barely feel her touch. The imaginary touch felt even better than her actual touch. I guessed she would first caress it with her hand. My breathing invited her to continue torturing me in such unbelievable and enjoyable way.

I was standing in nothingness, in the dark; it was like returning to the motherly womb. It was an experience beyond all senses. Then, Love and Death by Grien came to my mind; I was the maid who brushed her hair off her face, and she was the death that touched her gently, taking off the silken cloth wrapped around her beautiful body. However that was not a macabre dance of death. That was The Rite of Spring. “Having a lover is fair. A person who truly loves like I do, knows life is like a wheel…” as the song goes. That was what I called life; that masked woman knew exactly what I meant without even knowing her.

She held my penis tight and led me to bed. I felt like Lancelot fleeing from bed, but actually I was not trying to escape. I was totally surrendered to pleasure. I let myself be dominated for the first time. I was able to free my mind as never before. I felt out of my body; as if my other self were looking at me enjoying the higher peaks of pleasure and allowing myself to be led by a woman I have never seen before, a woman I could just imagine and feel. I imagined she was the most beautiful and sensual woman in the world.

She helped me sit on the bed. She let me touch her hips. I traced the curves her body. She was not a young woman. She had a curvy shaped butt and ample thighs, though thicker than I had thought. Her belly was fleshy but tight and muscular. I could feel the gummy texture of

silicone in her breasts. She is the kind of woman who fights against time, who hates to grow old; like a hymn to life. The skin on her cheeks was soft and moisturized; well cared for. She had wide lips, which were also perfectly moisturized. She played with one of my fingers and sucked it, so I got even more excited. I could feel her mask again while she sucked my finger. She also wanted to go back to that strange world in which feelings are multiplied. My hand reached her sex; it was like ripe fruit. I could feel she had applied some lube. Then, she leaned over the bed looking for something; she turned off the device. She held my sex in her hand again; then she rubbed some icy-hot gel which drove me mad. A second later I had the feeling that my whole body was my sex; that my penis was not just an organ. The exacerbated pleasure that she made me feel a while before had spread to every inch of my skin; throughout my body.

She kissed me on the lips, like The Lovers, by Magritte; we kissed without been able to see our faces. She brushed her lips with mine then she sucked my lips gently. She dipped her tongue past my lips, caressing my tongue with hers.

– “Love makes you intrepid.” She whispered in my ear.

I became aware of the background music again. She gently pushed me and I lay down face up. She climbed on top of my face spreading her sex.

– “I’m a slave to your love. But I don’t mind because you make me feel safe.” She said.

I grabbed her butt with both hands. She gently put a cushion under my head to raise it until my mouth was in perpendicular communion with her sex. She then grabbed my sex and it burst into hot and cold flames; there was ice and fire in her hand. Meanwhile I ate her soul in raw flesh. She moaned when she got her pussy eaten like no other; I licked it, I sucked it, I sipped it, I blew it, I bit it, I ate it all. I tried to get hold of her vaginal scent; unfortunately she had camouflaged it with lube. I slowly slid my tongue in and out of her vagina, and then I ran it back up to her clit; trying to drive her wild. Her body fit comfortably to offer me her short and wide clit which was not that easy to hold with my tongue. I took her clit between my lips and sucked it. I felt her shudder deliciously. My fingers played with her lips near the anus. She was really enjoying it.

– “The sun comes up. The moon goes down; just like fortune goes around.” She muttered.

She could not contain herself and began to thrust her pelvis back and forth. I stuck my fingertip in her anus.

I sensed some delicious scent coming from the most intimate part of her body. She released my penis and concentrated on herself; she covered her mouth to muffle her cry. Her pelvic thrusts began to slow down as contractions faded away. She began to recover her breath. She was covered in a thin layer of sweat, which made her seem even more adorable. 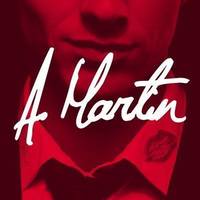