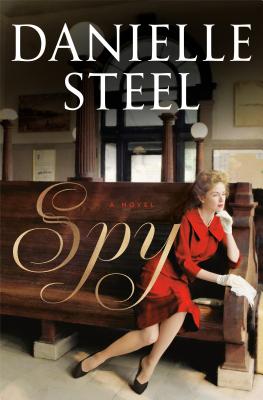 A young woman is caught up in a dangerous double life on behalf of her country during World War II in Danielle Steel’s thrilling new novel.

At eighteen, Alexandra Wickham is presented to King George V and Queen Mary in an exquisite white lace and satin dress her mother has ordered from Paris. With her delicate blond looks, she is a stunning beauty who seems destined for a privileged life. But fate, a world war, and her own quietly rebellious personality lead her down a different path.

By 1939, Europe is on fire and England is at war. From her home in idyllic Hampshire, Alex makes her way to London as a volunteer in the First Aid Nursing Yeomanry. But she has skills that draw the attention of another branch of the service. Fluent in French and German, she would make the perfect secret agent.

Within a year, Alex is shocking her family in trousers and bright red lipstick. They must never know about the work she does—no one can know, not even the pilot she falls in love with. While her country and those dearest to her pay the terrible price of war, Alex learns the art of espionage, leading to life-and-death missions behind enemy lines and a long career as a spy in exotic places and historic times.

Spy follows Alex’s extraordinary adventures in World War II and afterward in India, Pakistan, Morocco, Hong Kong, Moscow, and Washington, D.C., when her husband, Richard, enters the foreign service and both become witnesses to a rapidly changing world from post-war to Cold War. She lives life on the edge, with a secret she must always keep hidden.

Spy by Danielle Steel is a World War II historical fiction novel that covers the thrilling life of one young British aristocrat that completely changed her future when the war hit England. The book spans across decades following it’s main character, Alexandra Wickham, through her adventurous lifetime.

Alexandra came from a loving family with her two older brothers and parents who only wanted the best for her which of course in her time meant a good marriage. However, in 1939 when Alexandra should be thinking marriage and family the war hits the country and she finds herself leaving her home outside of the city to head directly into London to volunteer in the First Aid Nursing Yeomanry as her brothers both head to war themselves.

As Alexandra got to London she was quickly noticed by a man who enlisted her to come train as a spy for her country when it was found she had an ear for languages and could speak several fluently. It quickly became apparent that Alexandra was extremely good at the missions and she became a huge asset as the war raged on.

Again I was given the opportunity to read the latest Danielle Steel novel and again I came away impressed with the story and how quickly I was caught up in history and the life of a WWII spy. One thing that always stands out to me as someone who prefers to switch things up and read different types of books is just how vastly different Danielle Steel’s novels can be but then again there is always an brewing relationship mixed into the story to keep them grounded somewhat the same way. This one was a fast paced historical with all the ups and downs of emotion and action one could want that I flew right through.

Danielle Steel has been hailed as one of the world’s most popular authors, with almost a billion copies of her novels sold. Her many international bestsellers include Child’s Play, The Dark Side, Lost and Found, Blessing in Disguise, Silent Night, Turning Point, and other highly acclaimed novels. She is also the author of His Bright Light, the story of her son Nick Traina’s life and death; A Gift of Hope, a memoir of her work with the homeless; Pure Joy, about the dogs she and her family have loved; and the children’s books Pretty Minnie in Paris and Pretty Minnie in Hollywood.