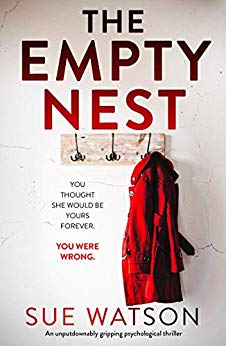 Kat remembers the days when her only daughter Amy wouldn’t leave her side. Amy was the baby who cried when you walked out of the room, the toddler who was too shy to speak to strangers, the small child who clung to Kat’s legs in the school playground.

But now Amy is grown up, and Amy is gone – to university in a town several hours away. Kat’s house – which once felt too full, too noisy, too busy – is deathly quiet, and Kat awaits the daily phone call to tell her that her beloved daughter is thriving and happy.

Until the day Amy doesn’t call, sending Kat into a panic. Her husband and friends say she’s being paranoid – surely Amy is just out, having fun? But Kat feels sure something is very wrong – she knows her daughter, and she would never just disappear.

As the hours turn into days, her fears are confirmed: Amy is missing. But there are secrets about her daughter that Kat doesn’t know about yet. And the truth about Amy’s whereabouts may be closer to home than Kat could ever imagine…

A gripping and suspenseful psychological thriller with more twists and turns than a rollercoaster and an ending that will blow readers’ minds. Fans of The Wife Between Us, The Girl Before and Gone Girl will be gripped by this unputdownable story about a mother’s obsessive love for her child.

The Empty Nest by Sue Watson is one of those books on my shelf that I had really high expectations for from having read this author’s work before so imagine my excitement when it lived up to my own hype. Described as “A gripping and suspenseful psychological thriller with more twists and turns than a rollercoaster and an ending that will blow readers’ minds.” is quite a lot to live up to too and when finished I wouldn’t complain at all about that tagline either.

Of course everyone should be  familiar with the term “Empty Nest” in which the kiddo/s of a family have grown up and left their parents home for the first time. Kat is now experiencing her own empty nest since her daughter started college a few hours away from home. Truth be told Kat isn’t doing so well with the separation but thankfully her daughter always stays in touch… until she doesn’t.

Kat had just spoken with Amy when she checked in and told Kat she would be coming home for a long weekend. When Amy doesn’t arrive like she had told Kat or answer any calls or texts Kat just knows something is wrong. Kat’s friends and family however tell her she’s young, she’s just busy with friends, you’ll hear from her soon. But as  time passes the police are called in and Amy has vanished.

Boy there’s nothing I love more than a book I can’t trust from page one. How does one react when the narrator can’t be trusted and no one around seems to ever tell the truth? Is Amy missing? Is Kat overreacting? Flip a coin and read as fast as you can until the book whiplash settles in from all the twisting and turning. 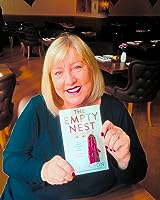 USA Today bestselling author, Sue has written fifteen novels – many involving cake – which have been translated into several languages and involved tough ‘cake research.’ Sue is now exploring the darker side of life with her thrillers OUR LITTLE LIES, THE WOMAN NEXT DOOR, and THE EMPTY NEST. Writing in this new genre doesn’t involve the deep research of baked goods and Sue’s hoping the change in direction will be reflected on the weighing scales.

Originally from Manchester, Sue now lives with her husband and teenage daughter in Worcestershire where much of her day is spent procrastinating, eating and watching ‘My 600lb Life,’ on the sofa.