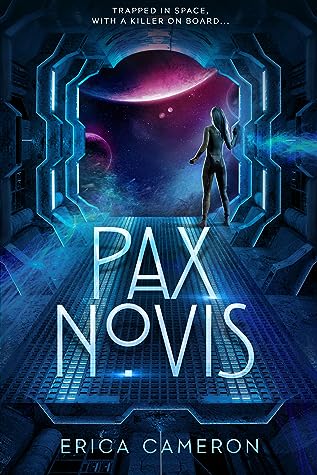 Cira Antares is deeply loyal to two things: Pax Novis—the cargo ship captained by her mother that transports supplies across war-torn star systems—and her personal mission to save war orphans. But hiding them as stowaways on the ship is illegal, and if any of them were found, not even her mother could protect Cira from the consequences.

She has successfully kept her secret…until supplies start to go missing. Food. Clothing. Tools. All signs point to her stowaways, but they wouldn’t do anything to risk exposing themselves—or her. Especially not Riston, the oldest of the group and someone Cira has grown close to. Someone she might even be falling in love with…

And petty thefts are only the beginning—whole ships are disappearing now.

Not caught in a firefight. Not destroyed by another planet. Vanishing. Without a trace.

And Pax Novis is next.

Pax Novis by Erica Cameron is the first book of the new thrilling young adult science  fiction fantasy The Pax Archives series. In this series the author has tried to include a lot of sexual diverse characters including two non-binary characters and one identifying as asexual along with others.

The world in this novel is at a distant future when many other planets have been colonized and have gone to war with one another. The Pax ships were developed to become humanitarian aid to all the war torn planets delivering food and supplies. Those aboard Pax ships have given up all other citizenship to become Pax citizens living only on the ships. Any attempt to bring others aboard is considered treason.

Cira Antares is a teenage Pax citizen who lives aboard the Pax Novis which is piloted by one of Cira’s mothers, both of which have important jobs on the ship. Cira knows what should happen to anyone helping war orphans but she can’t bring herself to not help those in need having now brought quite a few young stowaways aboard. When things begin to turn up missing a search begins for stowaways but Cira knows it can’t be her group.

While I appreciate what the author was trying to do here with Pax Novis it felt to me to have been a bit  too much introduced into the story all at once. The world building was there but  that extra sci-fi effort to pull of a galaxy at war seemed to over power the character building. Quite honestly the characters all seemed to be after thought and not fully fleshed out to really know or care about them. It was an interesting attempt that had potential but just a bit much in  the end. 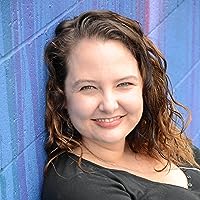 ERICA CAMERON is a young adult author of over ten novels. Saying she writes a lot is a grand understatement. Her debut novel, Sing Sweet Nightingale, won the Marlene Award from the Washington Romance Writers. Island of Exiles, a Kirkus starred review recipient, was a Junior Library Guild selection, as was the sequel, Sea of Strangers. Erica lives in Fort Lauderdale, Florida, where she spends her days working with teens and nights writing for them.