Man of the Year by Caroline Louise Walker #bookreview #thriller 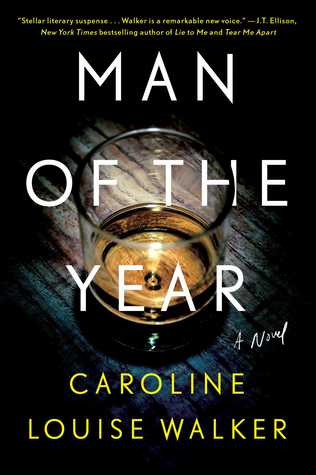 Title: Man of the Year

Beware the Man of the Year. You may praise him, resent him, even want to be him: but beneath the elegant trappings that define him, danger looms. Caroline Louise Walker’s stunning debut novel, for fans of Herman Koch’s The Dinner and Shari Lapena’s The Couple Next Door, delves into the increasingly paranoid mind of a man whose life as the most upstanding of citizens hides a relentlessly dark heart.

Dr. Robert Hart, Sag Harbor’s just-named Man of the Year, is the envy of his friends and neighbors. His medical practice is thriving. He has a beautiful old house and a beautiful new wife and a beautiful boat docked in the village marina. Even his wayward son, Jonah, is back on track, doing well at school, finally worthy of his father’s attentions. So when Jonah’s troubled college roommate, Nick, needs a place to stay for the summer, Hart and his wife generously offer him their guest house. A win-win: Jonah will have someone to hang with, and his father can bask in the warm glow of his own generosity.

But when he begins to notice his new houseguest getting a little too close to his wife, the good doctor’s veneer begins to crack. All the little lies Robert tells—harmless falsehoods meant to protect everything he holds dear—begin to mount. Before long, he’s embroiled in a desperate downward spiral, destroying the lives that stand in his way. It’s only the women in his life—his devoted office manager, his friends, his wife—who can clearly see the truth.

Biting and timely, Man of the Year races along at an electric pace, with a wicked twist that you won’t see coming.

Man of the Year by Caroline Louise Walker is one of those books that has a completely unlikable/unreliable narrator in Dr. Robert Hart who has just become Sag Harbor’s Man of the Year as we join his story. Now as unlikable as Bobby is he may just run a few readers off before the story actually picks up on uncovering the secrets and lies.

On the outside looking in our Man of the Year has one of those wonderful, much envied lives with a beautiful new young wife, a son from a previous marriage and a thriving business. However, of course we find all is not perfect behind closed doors as Bobby seems to think something may be going on between his wife and his college aged son’s friend that she invited to stay despite his protests.

Some may call this a thriller but it’s more along the lines of suspense or domestic drama that dives into the lives of these characters. The second half picks up the pace a bit more than the first and while some some things seemed a bit predictable other twists were more surprising so if one can overlook the pompous narrator this one turned into a solid read I’d rate at 3 1/2 stars.

Caroline Louise Walker grew up in Rock Island, Illinois. For her fiction and nonfiction, she has received fellowships from The MacDowell Colony, The Kerouac Project, and Jentel Arts. She holds an MA from NYU. Man of the Year is her first novel.