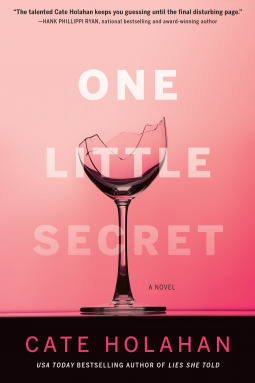 Everyone has a secret. For some, it’s worth dying to protect. For others, it’s worth killing.

The glass beach house was supposed to be the getaway that Susan needed. Eager to help her transplanted family set down roots in their new town—and desperate for some kid-free conversation—she invites her new neighbors to join in on a week-long sublet with her and her workaholic husband.

Over the course of the first evening, liquor loosens inhibitions and lips. The three couples begin picking up on the others’ marital tensions and work frustrations, as well as revealing their own. But someone says too much. And the next morning one of the women is discovered dead on the private beach.

Town detective Gabby Watkins must figure out who permanently silenced the deceased. As she investigates, she learns that everyone in the glass house was hiding something that could tie them to the murder, and that the biggest secrets of all are often in plain sight for anyone willing to look.

A taut, locked room mystery with an unforgettable cast of characters, One Little Secret promises to keep readers’ eyes glued to the pages and debating the blinders that we all put on in the service of politeness.

One Little Secret by Cate Holahan is a thriller that is a bit like taking a police procedural and fusing it into a domestic drama. The story in this one is told from multiple points of view and from different time frames of the day before, day of and day after a murder has occurred.

Detective Gabby Watkins is one of the only females in her profession so she tends to get assigned the more sensitive cases such as when a rape occurs. Just as Gabby is dealing with a victim that says she was raped Gabby also gets a call that a female body was found and finds herself investigating both cases.

Susan and her husband were planning a getaway to a beautiful glass beach house. Susan thought the time away would also be a perfect way to get to know some of their neighbors better so Susan invited along two other couples. The three couples however all have their own secrets and marital problems and by the end of the night one of the six is the murder victim the police find.

I’m always a huge fan of some good old fashion domestic drama when neighbors are hiding things from one another so One Little Secret by Cate Holahan should have been right up my alley. However, with this one I swear I had the hardest time connecting to any of the couples and kept having to remind myself who was who along the way. Others seem to have really enjoyed this one but  to me the lack of connection made it a bit so-so in the end. 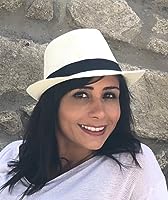 Catherine “Cate” Holahan is the USA Today bestselling author of The Widower’s Wife (August 2016), Lies She Told (Sept. 2017), Dark Turns (November 2015), and the upcoming One Little Secret (July 9, 2019). An award-winning journalist and former television producer, her articles have appeared in BusinessWeek, The Boston Globe, The Record newspaper, and on many web sites. She is a graduate of Princeton University and lives in New Jersey with her husband, two young daughters, and sometimes-good dog.