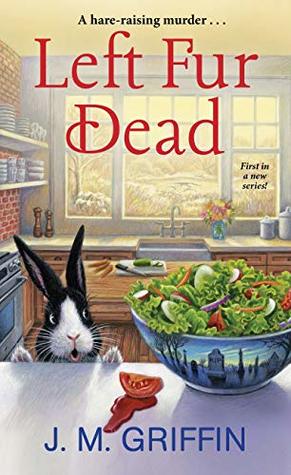 On Fur Bridge Farm, Jules cares for rescued rabbits. But when a killer strikes, she’ll need a rabbit to rescue her . . .

Juliette “Jules” Bridge prides herself on the tender rehabilitation she provides for injured or abused rabbits on her New Hampshire rescue farm, but she has a very special relationship with one bunny in particular. Bun is a black-and-white rabbit who happens to have the ability to communicate through mental telepathy. Once she got over the shock, Jules found her furry friend had a lot to say.

One frigid March morning on their walk together, Bun spots a body. The police identify the frozen stiff as Arthur Freeman, aka Arty the Mime. Jules and Arty knew each other on the children’s party circuit, where he’d perform magic tricks and she had an educational rabbit petting pen. With Bun egging her on, Jules decides it’s time they hop to it and put their heads together to discover who silenced the mime. But their investigation leads them down a rabbit hole of more suspects and lies, while a killer sets a trap for them . . .

Left Fur Dead by J.M. Griffin is the  first book in the new cozy Jules & Bun Mystery series. While this series mainly falls into the cozy mystery genre it does have a touch of fantasy to it in the fact it has a talking bunny helping the protagonist solve crime. As with most cozy series though the book has it’s own mystery solved within so no need to worry about cliffhangers with only the character development carrying over to the next book of the series. .

Juliette “Jules” Bridge is the owner of Fur Bridge Farm in New Hampshire which she has lovingly turned into a rescue for rabbits. Jules is willing to take on any rabbit needing her care and rehabilitates those injured or abused. While Jules tends to all those in her care she does share a special connection with one particular bunny named Bun. When Jules first took in Bun she didn’t think it was possible but Bun is able to speak with Jules telepathically and since getting used to this amazing ability Bun goes about everywhere with Jules which is how one morning out on one of their walks Bun spies a corpse in the water.

Ok, so I’ve said time and time again to please sign me up for the overly quirky and comedic cozies and Left Fur Dead certainly fits right in with those. Bun certainly isn’t the first crime solving critter but since most books like that feature dogs or cats having a bunny was a refreshing twist. Bun along with his human, Jules, were very likable as they solved a crime a bit too close to home with plenty of twists and suspects along the way.  I’ll definitely be on the lookout for more from this duo in the  future. 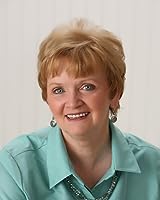 J. M. Griffin is a bestselling cozy mystery author of sixteen novels, including the Vinnie Esposito series. She lives in rural Rhode Island with her husband and two very mysterious cats. You can visit her website at http://www.jm-griffin.com. She is currently working on her next Jules and Bun mystery.

Leave a Reply to Christopher | Plucked from the Stacks Cancel reply