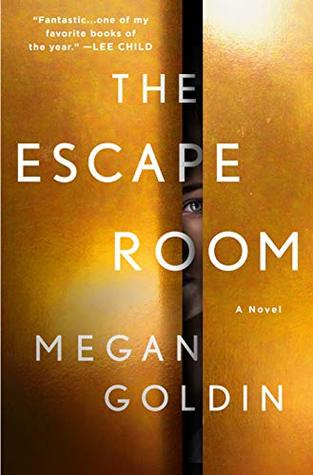 Welcome to the escape room. Your goal is simple. Get out alive.

In the lucrative world of finance, Vincent, Jules, Sylvie, and Sam are at the top of their game. They’ve mastered the art of the deal and celebrate their success in style—but a life of extreme luxury always comes at a cost.

Invited to participate in an escape room as a team-building exercise, the ferociously competitive co-workers crowd into the elevator of a high rise building, eager to prove themselves. But when the lights go off and the doors stay shut, it quickly becomes clear that this is no ordinary competition: they’re caught in a dangerous game of survival.

Trapped in the dark, the colleagues must put aside their bitter rivalries and work together to solve cryptic clues to break free. But as the game begins to reveal the team’s darkest secrets, they realize there’s a price to be paid for the terrible deeds they committed in their ruthless climb up the corporate ladder. As tempers fray, and the clues turn deadly, they must solve one final chilling puzzle: which one of them will kill in order to survive?

The Escape Room by Megan Goldin is one of those thrillers that opens with a prologue completely exposing the ending of the book. We know as readers right away that an elevator is going to open and reveal a complete bloodbath so the question becomes how things got to that point. Now I don’t know about anyone else but I’ve heard of folks that  peek at the endings of books before they even begin and I think to myself are you nuts, why spoil the whole book?? Then I pick up a story like The Escape Room and somehow that peeking doesn’t seem as strange as it once did. Instead of completely losing interest now  that I know the end I  found myself even more curious.

The Escape Room has two very different stories being told simultaneously  once you get past the prologue that both take the reader back to two different points in time. One story is of those that walked into that elevator shortly before showing who those characters are and how they got to that point. The other story line takes readers back several years and is told from the point of view of a past co-worker to our doomed elevator crew. Each of these prospectives  lead readers to the facts that led to that horrific discovery in their own ways.

Something in the way this story is penned really says something about human nature and the obvious curiosity that comes to the surface when it comes to horrible events. I challenge anyone out there to truly and honestly admit if they’ve come across an accident that they didn’t look and wonder about what happened, we all do it. With the growing popularity of escape rooms and the creepiness of an out of commission elevator the author came up with just the scenario that I couldn’t look away from and found myself flying through this one looking for those hows and whys. Definitely one I’d recommend checking out! 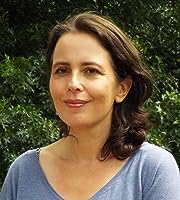 Megan Goldin is a best-selling Australian author whose novel The Escape Room will be published in the U.S. and UK in 2019. Megan’s domestic noir thriller The Girl in Kellers Way was published in Australia in 2017. Megan was a reporter based in the Middle East for the Reuters news agency, The Australian Broadcasting Corporation and The Associated Press.