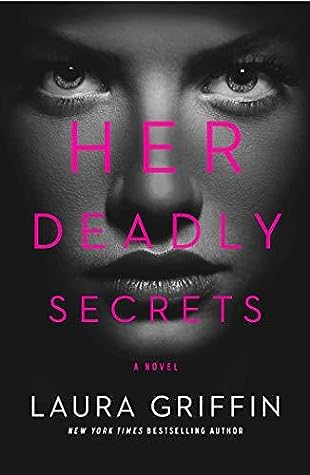 A young private investigator finds out the price of keeping deadly secrets when a vicious killer sets his sights on her in this pulse-pounding thriller from the USA TODAY and New York Times bestselling author of the Tracers series.

Private investigator Kira Vance spends her days navigating the intricate labyrinth of Houston’s legal world, and she knows all of its shadowy players and dark secrets.

On a seemingly normal day, she’s delivering a report to her top client when suddenly everything goes sideways and the meeting ends in a bloodbath. Twenty-four hours later, the police have no suspects but one thing is clear: a killer has Kira in his sights.

Fiercely independent, Kira doesn’t expect—or want—help from anyone, least of all an unscrupulous lawyer and his elite security team. Instead, she launches her own investigation, hoping to uncover the answers that have eluded the police. But as Kira’s hunt for clues becomes more and more perilous, she realizes that she alone may hold the key to finding a vicious murderer. And she knows she must take help wherever she can find it if she wants to stay alive…

Her Deadly Secrets by Laura Griffin is the second book in the  romantic suspense Wolfe Security series. Each book of this series seems to be like most romance series and has changed the main characters in the book to form new romantic connections. The common thread among the series so far has been the men of Wolfe Security hired to protect someone involved with an ongoing legal case. Having read both books of the series I can easily say that each can be read separately and do not need to  be in order to be understood.

In Her Deadly Secrets Kira Vance is a freelance private investigator who gets the majority of her work from those in Houston’s legal world. Kira was meant to be heading to a meeting with the man who had mentored her in their business but when she shows up  bullets begin flying with her mentor killed and she the only one escaping a bullet.

Kira is offered a job after the incident to find out what her mentor had been involved in and carry on with the case. A part of her new contract would be gaining the protection of Wolfe Security while the police track down who was involved in the attack on that meeting.

Just like the first book of the series the action kicks in right away and keeps a reader on their toes. The point of view changes among the characters keeping readers in on every angle of the story. Kira of course is the main and more dominant of the voices in the story and then there is also her love interest on the security team and the law officers involved in the case. All of it blends wonderfully in this leaving readers with some thrilling suspense and steamy romance. 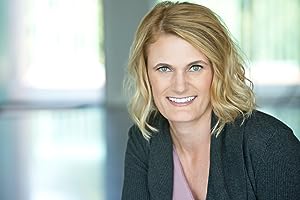 Laura Griffin is the New York Times bestselling author of the Tracers series, the Wolfe Sec series, the Alpha Crew series, and several other novels. A two-time RITA Award winner and the recipient of the Daphne du Maurier Award, Laura lives in Austin, where she is working on her next book. Visit her at LauraGriffin.com, and on Facebook at Facebook.com/LauraGriffinAuthor.