We Went to the Woods by Caite Dolan-Leach #bookreview #contemporary 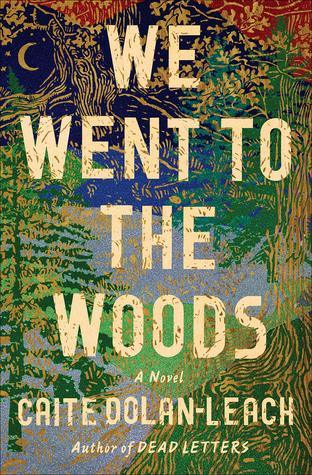 Title: We Went to the Woods

They went off the grid. Their secrets didn’t. For readers of The Secret History and The Immortalists comes a novel about the allure—and dangers—of disconnecting.

Certain that society is on the verge of economic and environmental collapse, five disillusioned twenty-somethings make a bold decision: They gather in upstate New York to transform an abandoned farm, once the site of a turn-of-the-century socialist commune, into an idyllic self-sustaining compound called the Homestead.

Mack, a publicly disgraced grad-school dropout, believes it’s her calling to write their story. She immediately falls in love with all four friends, seduced by their charisma and grand plans—and deeply attracted to their secrets. But it proves difficult for Mack to uncover the truth about their nightly disappearances and complicated loyalties, especially since she is protecting her own past.

Initially exhilarated by restoring the rustic dwellings, planting a garden, and learning the secrets of fermentation, the group is soon divided by intense romantic and sexual relationships, jealousies, slights and suspicions. And as winter settles in, their experiment begins to feel not only misguided, but deeply isolating and dangerous.

Caite Dolan-Leach spins a poignant and deeply human tale with sharp insights into our modern anxieties, our collective failures, and the timeless desire to withdraw from the world.

We Went to the Woods is a book that is probably a case of I’m simply the wrong reader and maybe others will love this one. I say that  because this one ended up being absolutely nothing like what I had imagined it to be which was perhaps horror or some kind of dramatic thriller. Instead it’s basically a contemporary version of a hippie commune.

Mackenzie (Mack) is the lead character of this story, a twenty something who has had some bad experience in her life leaving her jobless and wondering what to do with her life. Mack’s mistake keeps following her as she gets recognized everywhere so when she meets four others, Louisa, Chloe, Beau and Jack, who are looking to go off grid she decides to join them.

My problem with this is there is basically nothing going on in the whole book other than the five disillusioned, spoiled millennials that move onto an old farm they call The Homestead. They plant crops, get a few animals, trade with other locals and have some interaction with another commune. Yay! There’s complaining about corporate America, the presidential election, chemicals etc etc. as they “live off the land” with only occasionally running back home to mommy and daddy. So for me I feel I’m being nice with giving it 1 1/2 stars since it was such a slow, dull read to me. 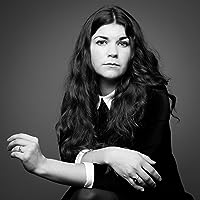 Caite Dolan-Leach is a writer and literary translator. She was born in the Finger Lakes and is a graduate of Trinity College Dublin and the American University in Paris. Dead Letters is her first novel.