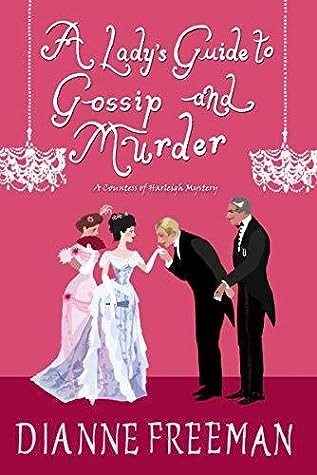 Title: A Lady’s Guide to Gossip and Murder

How far will some go to safeguard a secret? In the latest novel in Dianne Freeman’s witty and delightful historical mystery series, the adventurous Countess Harleigh finds out . . .

Though American by birth, Frances Wynn, the now-widowed Countess of Harleigh, has adapted admirably to the quirks and traditions of the British aristocracy. On August twelfth each year, otherwise known as the Glorious Twelfth, most members of the upper class retire to their country estates for grouse-shooting season. Frances has little interest in hunting—for birds or a second husband—and is expecting to spend a quiet few months in London with her almost-engaged sister, Lily, until the throng returns.

Instead, she’s immersed in a shocking mystery when a friend, Mary Archer, is found murdered. Frances had hoped Mary might make a suitable bride for her cousin, Charles, but their courtship recently fizzled out. Unfortunately, this puts Charles in the spotlight—along with dozens of others. It seems Mary had countless notes hidden in her home, detailing the private indiscretions of society’s elite. Frances can hardly believe that the genteel and genial Mary was a blackmailer, yet why else would she horde such juicy tidbits?

Aided by her gallant friend and neighbor, George Hazelton, Frances begins assisting the police in this highly sensitive case, learning more about her peers than she ever wished to know. Too many suspects may be worse than none at all—but even more worrying is that the number of victims is increasing too. And unless Frances takes care, she’ll soon find herself among them . . .

A Lady’s Guide to Gossip and Murder by Dianne Freeman is the second book of the Countess of Harleigh Mystery series. This series is a bit of a different take on the average cozy mystery in that it has a historical setting mixing both genres wonderfully.

In the first book of the series readers were introduced to Frances Wynn who is an American that was born to a wealthy family that found herself in an arranged marriage to her husband, Reggie. The marriage brought Frances the title of the Countess of Harleigh and her husband access to her family funds. Frances had thought she may grow to love her husband it was soon apparent what kind of man he truly was before he was murdered.

While Frances is now widowed she is still the Countess of Harleigh and has begun adapting well to her new British surroundings. Frances however is not a fan of the major hunting event that happens e very August so while all her friends and neighbors head out she expects quiet time. This season however things do not go as planned when the young woman who Frances’ cousin had been courting is found murdered.

At the beginning of this series I wasn’t certain how the dynamic of having a strong female lead doing her sleuthing in historical times would balance out. After reading these books though I think the author does a good job keeping the feel of the era while mixing with cozy crime solving so this series is shaping up quite nicely and quite fun. 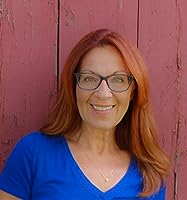 Dianne Freeman is a life-long book lover who left the world of corporate finance to pursue her passion for writing. After co-authoring the non-fiction book, Haunted Highway, The Spirits of Route 66, she realized her true love was fiction, historical mystery in particular. She also realized she didn’t like winter very much so now she and her husband pursue the endless summer by splitting their time between Michigan and Arizona. Her debut novel, A Lady’s Guide to Etiquette and Murder won an Agatha Award for Best Debut, a Lefty Award for Best First Novel, and was nominated for a Mary Higgins-Clark Award.