The Woman in Our House by Andrew Hart #bookreview #thriller 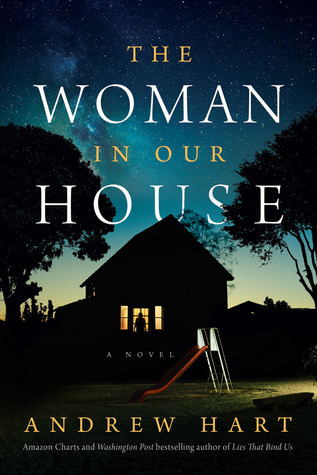 Title: The Woman in Our House

What happens when you open your home to the perfect stranger?

Anna Klein is ready to return to work as a literary agent for the first time since having children. She and her husband, Josh, decide to hire a live-in nanny with some trepidation, but all their misgivings disappear as soon as they meet Oaklynn Durst. She has stellar references, a calm disposition, and a natural way with children. Not to mention their kids simply adore her.

But not long after Oaklynn arrives, the children start to come down with the most puzzling illnesses and inexplicable injuries. When the maternal Oaklynn is there to comfort everyone, Anna can’t help feeling a little eclipsed. And suspicious. Her husband and friends assure her that her anxieties are getting the best of her—Oaklynn is perfect. But Anna’s not so sure…

As she delves into Oaklynn’s past, she discovers too late that the woman who has been living in her house is not at all who she claims to be. But Oaklynn’s not the only one who has been lying. And when everyone’s dark secrets are forced into the light, the consequences may just turn deadly.

The Woman in Our House by Andrew Hart is yet another thriller that takes readers on a journey of what may happen if they invite a nanny who is a stranger into their home. Now does one ever ask why do the rich or celebrities get away with hiring help but regular folks get the nannies from h*ll? Makes you wonder now that I mentioned it, doesn’t it? LOL Well Andrew Hart has come up with his own version that definitely kept me glued to  the pages.

Anna Klein begins to  think it’s about time for her to return to work even though her children are both still young. In order for Anna and her husband to work though they will have to bring in some help in the form of a nanny. Well after a friends recommendation Anna chooses Oaklynn Durst from a service in Utah. Wouldn’t you know everything is perfect for a while  but then suspicious things begin to happen.

Now, The Woman in Our House is mainly told from Anna’s point of view however there are multiple others voices in the story too. Through these the  reader is given just enough to know things are definitely not right but it takes tons and tons of twists and turns along the way  before getting to the final conclusion. The thing that has me at 3 1/2 stars with this is while it was completely engaging the wrap up seemed to leave some holes along the way that didn’t add up to me. I questioned whether this one was a case of maybe one or two twists or red herrings too many while trying to stand out from the crowd.

Andrew Hart is one of the pseudonyms of New York Times bestselling and award-winning author A. J. Hartley. His sixteen novels straddle multiple genres for adults and younger readers and have been translated into dozens of languages worldwide. As Andrew James Hartley, he is also the Robinson Professor of Shakespeare Studies at the University of North Carolina, Charlotte. His website is http://www.ajhartley.net.