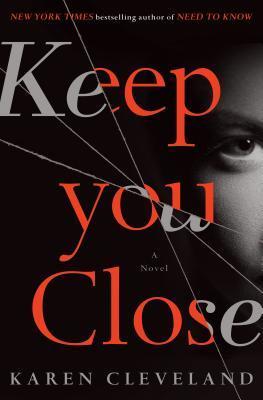 A woman must confront her sense of right and wrong when the one person she loves most is accused of an unimaginable crime. From the New York Times bestselling author of Need to Know. . . .

A strange sensation runs through me, a feeling that I don’t know this person in front of me, even though he matters more to me than anyone ever has.

Stephanie Maddox works her dream job policing power and exposing corruption within the FBI. Getting here has taken her nearly two decades of hard work, laser focus, and personal sacrifices—the most important, she fears, being a close relationship with her teenage son, Zachary. A single parent, Steph’s missed a lot of school events, birthdays, and vacations with her boy—but the truth is, she would move heaven and earth for him, including protecting him from an explosive secret in her past. It just never occurred to her that Zachary would keep secrets of his own.

One day while straightening her son’s room, Steph is shaken to discover a gun hidden in his closet. A loaded gun. Then comes a knock at her front door—a colleague on the domestic terrorism squad, who utters three devastating words: “It’s about Zachary.”

So begins a compulsively readable thriller of deception and betrayal, as Stephanie fights to clear her son’s name, only to expose a shadowy conspiracy that threatens to destroy them both—and bring a country to its knees. Packed with shocking twists and intense family drama, Keep You Close is an electrifying exploration of the shattering consequences of the love that binds—and sometimes blinds—a mother and her child.

Keep You Close by Karen Cleveland is a thriller that tackles the question of just how far one would go for someone they love.  Stephanie Maddox is an special agent with FBI and has spent years and years working to get where she is in her career but would she throw it all away for the love of her life, her son Zachary?

Stephanie is a single mother and has done her best keeping her relationship with her son a priority despite her high pressure job. Even though Zachary has hit his sullen and angsty teenage years Stephanie still tries to keep communication open between them but one day while cleaning she finds a gun in her son’s room.

Stephanie believes there has to be an explanation for what she’s found but  before a blink of an eye she finds her son being accused of so much more. Trying to stay one step ahead of the investigation Stephanie is determined to find out what is going on and prove her son is innocent

Keep You Close is really written to be a page turning action packed thriller that only gains intensity along the way. However, as much as I love a fast pace and plenty of action in this instance I felt it was all a tad off. Perhaps I just needed to know the characters a little better or perhaps it was due to it feeling a bit over the top but this one ended up a little flat for me. 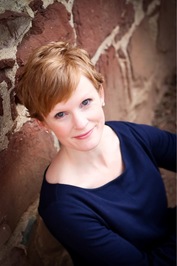 Karen Cleveland is a former CIA analyst and the New York Times bestselling author of Need to Know. She has master’s degrees from Trinity College Dublin and Harvard University. Cleveland lives in northern Virginia with her husband and two young sons.