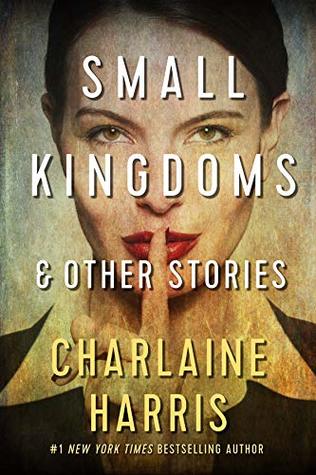 A new collection of linked short stories from Charlaine Harris, the #1 New York Timesbestselling author of the Sookie Stackhouse books, the basis for HBO’s True Blood, and the Midnight Crossroad series, the inspiration for Midnight, Texas on NBC.

Principal Anne DeWitt knew her past could catch up with her, but she didn’t expect it would make her late for school. Killing a man does take time though; so does disposing the body . . . if you do it right.

After three relatively quiet years at Travis High School, it seems Anne is in danger of being exposed—even the baseball coach knows more about her former life than she ever imagined. Now, she must find out who else holds her secrets and who wants her to pay for them. . .without letting it make her tardy again. Anne still has a school to run, parents to manage, and a few students who might benefit from her unique—and deadly—experience.

Collected together for the first time in Small Kingdoms and Other Stories, “Small Kingdoms,” “Sarah Smiles,” “Small Chances,” and “Small Signs” are sure to delight fans of Charlaine Harris.

Small Kingdoms & Other Stories by Charlaine Harris is as the title suggests a collection of short stories. Now, I’ve mentioned before I’m not a huge fan of short stories since even when a book is novella length I often feel it needs more depth to it. And here we have one book that is essentially novella length overall and is divided down into four separate stories so yes, a part of my rating is always… they need “more”.

However, this being Charlaine Harris I just couldn’t not read it since she has such a wide range of stories that are unique in their own ways that I couldn’t help but be curious. This collection consists of Small Kingdoms, Sarah Smiles, Small Chances, and Small Signs.

What helped a bit here is these stories are connected and not totally random and tossed together. Each of the short stories feature a character named Anne DeWitt at different points in her life. Now Anne is a shady character to say the least and maybe even perhaps a bit of a sociopath, I hadn’t decided. Would I have loved one full length novel more, probably but regardless I was still entertained for a few hours with Charlaine’s imagination yet again. 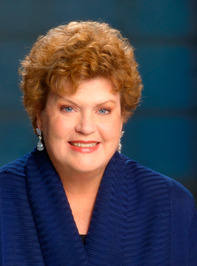 Charlaine Harris (born November 25, 1951 in Tunica, Mississippi) is a New York Times bestselling author who has been writing for over twenty years. She was raised in the Mississippi River Delta area. Though her early works consisted largely of poems about ghosts and, later, teenage angst, she wrote plays when she attended Rhodes College in Memphis, Tennessee. She began to write books a few years later.
After publishing two stand-alone mysteries, Harris launched a lighthearted series “starring” Georgia librarian Aurora Teagarden, with Real Murders, a Best Novel nominee for the 1990 Agatha Awards. Harris wrote eight Aurora titles. In 1996, she released the first of the much darker Shakespeare mysteries, featuring the amateur sleuth Lily Bard, a karate student who makes her living cleaning houses. Shakespeare’s Counselor, the fifth–and last– was printed in fall 2001.
After Shakespeare, Harris created The Sookie Stackhouse urban fantasy series about a telepathic waitress who works in a bar in the fictional Northern Louisiana town of Bon Temps. The first of these, Dead Until Dark, won the Anthony Award for Best Paperback Mystery in 2001. Each book follows Sookie as she tries to solve mysteries involving vampires, werewolves, and other supernatural creatures. The series, which now numbers nine titles, has been released worldwide.
Sookie Stackhouse proved to be so popular that Alan Ball, creator of Six Feet Under, announced he would undertake the production of a new show for HBO based upon the books. He wrote and directed the pilot episode for that series, True Blood, which premiered in September of 2008. It was an instant success and was quickly picked up for a second season.
In October 2005, Harris’s new mystery series about a young woman named Harper Connelly debuted with the release of Grave Sight. Harper has the ability to determine the cause of death of any body. There are now three Harper titles (GRAVE SIGHT, GRAVE SURPRISE, AN ICE COLD GRAVE) with a 4th (GRAVE SECRET) to be released in 2009.
Harris has also co-edited three very popular anthologies with her friend Toni L.P. Kelner. The anthologies feature stories with an element of the supernatural, and the submissions come from a rare mixture of mystery and urban fantasy writers.
Professionally, Harris is a member of the Mystery Writers of America and the American Crime Writers League. She is a member of the board of Sisters in Crime, and alternates with Joan Hess as president of the Arkansas Mystery Writers Alliance. Personally, Harris is married and the mother of three. She lives in a small town in Southern Arkansas and when she is not writing her own books, she reads omnivorously!