The Woman Next Door by Sue Watson #bookreview #thriller 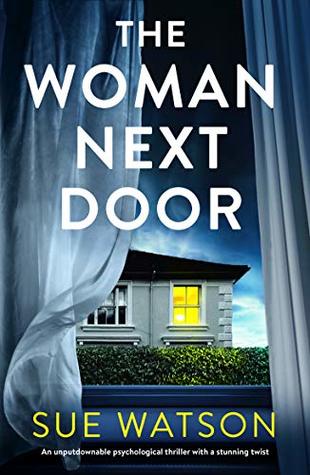 Title: The Woman Next Door

‘Have you ever had a secret that you couldn’t tell a soul, even the people you love? I have.’

Lucy has a kind and adoring husband, a job she loves as a teacher, and a house on Mulberry Avenue with floaty curtains and the softest bed linen. After her troubled childhood, she knows life will never be perfect, but it’s pretty close.

She’s also got Amber, right next door. They never run out of things to talk about. Even if Amber’s life – with her high-profile job and handsome, wealthy boyfriend – is more glamorous than Lucy’s.

But then Amber starts to hint that her life isn’t all it seems, and when she comes to Lucy, terrified, saying that she’s getting threatening messages, Lucy promises to protect her.

The closer Lucy gets to anyone, the harder it is to keep her past to herself. But Amber’s boyfriend has left her just when she needs him most, and she doesn’t have anyone else.

Lucy knows all too well that people aren’t always what they seem. Sometimes they have secrets. And they’d do anything to keep them. Lucy’s still sure: she can trust her friend… can’t she?

Gripping and unputdownable, The Woman Next Door tells a story about the dark side of friendship, and has a final twist that will shock every reader. Perfect for fans of The Girl on the Train, Friend Request, and Clare Mackintosh.

The Woman Next Door by Sue Watson is a thriller that felt a bit like a psychological thriller mixed with a domestic drama. The majority of this one is told from the point of view of Lucy, the main character. However occasionally between chapters we get one of those  creepy unknown voice POVs and also later in the story there are chapters from the neighbor/friend, Amber.

Along with the point of view changes there are a few time jumps in the story. The opening chapter introduces Lucy and her first impressions of Amber. Lucy is one of those women with the nice house and hubby but she becomes a little starstruck of her new neighbor who is a TV reporter.

The we jump twelve months ahead in the neighborhood during which time Lucy has  become good friends with Amber, or has she? Amber certainly seems to enjoy Lucy when she needs her but was  this friendship worth abandoning Lucy’s other friends?  Before we know it though Amber finds herself with a stalker bringing the  two even closer together.

Sue Watson has certainly written one of  those books that is incredibly hard to put down and walk away from with The Woman Next Door. Every action and reaction is questionable with each turn of the page leaving me on the edge of my seat trying to figure this one out. Definitely a twisty mess by the time you are done and one I would definitely recommend. 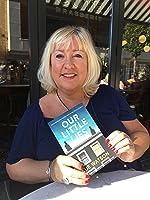 USA Today bestselling author, Sue has written fourteen novels – many involving cake – which have been translated into several languages and involved tough ‘cake research.’ Sue is now exploring the darker side of life with her thrillers OUR LITTLE LIES and THE WOMAN NEXT DOOR – described as ‘Misery meets Single White Female with a twist.’ Writing in this new genre doesn’t involve the deep research of baked goods and Sue’s hoping the change in direction will be reflected on the weighing scales.

Originally from Manchester, Sue now lives with her husband and teenage daughter in Worcestershire where much of her day is spent procrastinating, eating and watching ‘My 600lb Life,’ on the sofa.