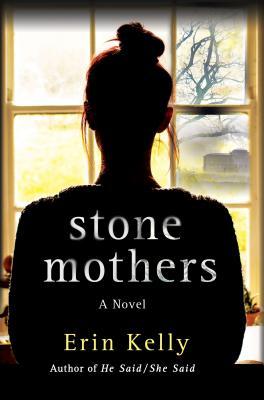 You can’t keep the secret.
You can’t tell the truth.
You can’t escape the past…

Marianne was seventeen when she fled her home in Nusstead – leaving behind her family, her boyfriend, Jesse, and the body they buried. Now, thirty years later, forced to return to in order to help care for her sick mother, she can feel the past closing around her. And Jesse, who never forgave her for leaving in the first place, is finally threatening to expose the truth.

Marianne will do anything to protect the life she’s built, the husband and daughter who must never know what happened all those years ago. Even if it means turning to her worst enemy for help… But Marianne may not know the whole story – and she isn’t the only one with secrets they’d kill to keep.

Stone Mothers by Erin Kelly is a psychological thriller that is told from multiple points of view and from different points in time. There are three main viewpoints from Marianne, Honor and Helen.

Marianne had left her hometown as a teenager and had not returned since. Now however Marianne’s mother has become ill and in a kind gesture her husband buys a home in her old town to be near her mother  but Marianne can’t help but feel the secrets of her past coming back to haunt her.

Erin Kelly was an author I was familiar with having read her novel, He Said/She Said. That book for me was one  that while I didn’t find it perfect I do remember the story being compelling and liking it well enough in the end  to want to  take a chance with this book. However, Stone Mothers for me was one  that I just never really found myself invested in or connecting to at all being very slow moving in my opinion so it just wasn’t my cup of tea.

ERIN KELLY is the Sunday Times bestselling author of He Said/She Said, The Poison Tree and several other standalone psychological thrillers. She also wrote the novelization of the award-winning TV show Broadchurch. Her work has been critically acclaimed and translated into thirty-one languages. Erin also works as a freelance journalist and creative writing tutor. She lives in London with her family.