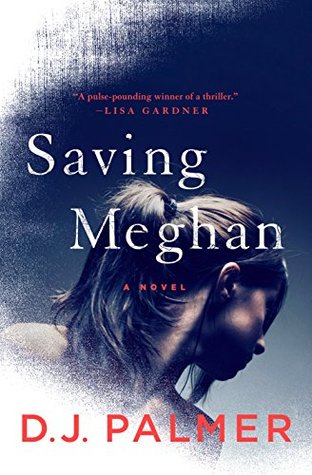 Saving Meghan is a riveting new thriller full of secrets and lies from author D.J. Palmer.

Can you love someone to death?

Some would say Becky Gerard is a devoted mother and would do anything for her only child. Others, including her husband Carl, claim she’s obsessed and can’t stop the vicious circle of finding a cure at her daughter’s expense.

Fifteen-year-old Meghan has been in and out of hospitals with a plague of unexplained illnesses. But when the ailments take a sharp turn, clashing medical opinions begin to raise questions about the puzzling nature of Meghan’s illness. Doctors suspect Munchausen syndrome by proxy, a rare behavioral disorder where the primary caretaker seeks medical help for made-up symptoms of a child. Is this what’s going on? Or is there something even more sinister at hand?

As the Gerards grow more and more suspicious of each other and their medical team, Becky must race against time to prove her daughter has a deadly disease. But first, she must confront her darkest fears and family secrets that threaten to not only upend her once-ordered life…but to destroy it.

Saving Meghan by D.J. Palmer is a thriller that tackles the question of how far a mother will go for her child and is there such a thing as too far?? The  book changes the point of view between several characters with the  biggest coming from Becky, the mother.

The book begins with Becky aboard an airplane waiting for the plane to depart worried that her husband was not answering her last minute texts checking on her daughter Meghan. Right as the plane begins to make it’s way to the runway Becky gets the news she was afraid of, Meghan is in the hospital again and she begs to be let off the plane.

You see, Meghan has had every symptom known to man by this point and in and out of the hospital emergency rooms along with test after test from numerous doctors. There’s never an answer to why  this once vibrant girl is wasting away but her mother will not give up until she is healthy again.

Now perhaps it’s my own medical history of being passed around from doctor to doctor or just a child in danger but I was immediately drawn into this  book and could not put it down. As intense as the beginning was to me the story never really seemed to slow down keeping me on the edge wondering what twist would come next and how it would all turn out. Definitely a book that I  recommend checking out and reading yourself.

D.J. PALMER is the author of numerous critically acclaimed suspense novels, including Delirious and Desperate. After receiving his master’s degree from Boston University, he spent a decade as an e-commerce pioneer before turning his attention to writing. He lives with his wife and two children in New Hampshire where he is currently at work on his next novel.