The Woman at 46 Heath Street by Lesley Sanderson #bookreview #thriller 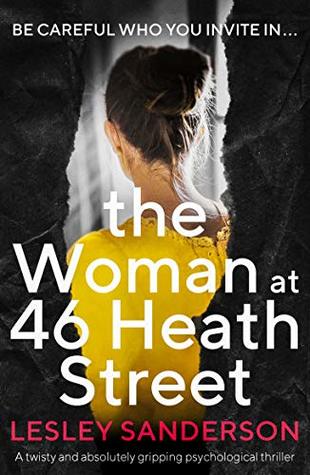 Title: The Woman at 46 Heath Street

The last letter is addressed to me. No stamp, swirly handwriting in black ink. I pull out a piece of paper, stiffening when I read the message. Hands trembling, the note slides to the floor: Your husband is having an affair.

But Ella has a plan: Alice is the answer to her problems. A lodger, to help keep her afloat, a friend, to keep the loneliness at bay.

Only Alice has her own reasons for wanting to live at 46 Heath Street.

If you loved The Wife Between Us, The Girl on The Train and The Secret Mother, you will be totally hooked by this twisty and gripping read about family secrets, marriage betrayal and the dark side of love.

The Woman at 46 Heath Street by Lesley Sanderson is one of those books that I’m a bit hesitant to completely label a thriller but maybe more of a drama with some suspense. The story in this one is told from different points of view and different timelines.

Ella is the housewife at 46 Heath Street who thought she had a wonderful marriage and life since moving into the home. Hard times had hit when Ella’s mother in law had passed after the  two had grown close but Ella never expected to lose her husband too until she finds a note that suggests he is cheating.

Once Ella confronts her husband he doesn’t make any attempt to deny  the affair and almost happily packs up and leaves. The problem though? 46 Heath Street belongs to Ella’s husband and Ella is not ready to leave having been the first real home and family she had known.

The story in this  book was easy to  follow despite changing POVs and flashing back to the past. However, maybe that was one of the problems with The Woman at 46 Heath Street, it’s very straight forward which doesn’t lead to an overly thrilling read. While the writing was solid I longed to be shocked and awed instead of seeing right where I was going to end up. I also  thought Ella was a bit too weak of a character for me to fall in love with so that also didn’t help my excitement and left me with a bit of a meh feeling. 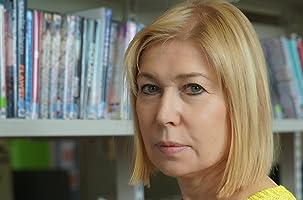 Lesley attended the Curtis Brown Creative 6 month novel writing course in 2015/6, and in 2017 The Orchid Girls (then On The Edge) was shortlisted for the Lucy Cavendish fiction prize.

The Orchid Girls is her first psychological thriller.

Lesley spends her days writing in coffee shops in Kings Cross where she lives and works as a librarian. She loves the atmosphere and eclectic mix of people in the area. Lesley discovered Patricia Highsmith as a teenager and has been hooked on psychological thrillers ever since. She is particularly interested in the psychology of female relationships.