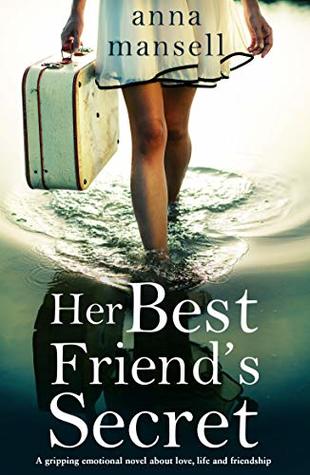 Your best friend deserves the truth. But it will ruin her life. What would you do?

It’s been over twenty years since four very different teenage girls sat on that beach at Goran Haven, and swore to be best friends forever. Their lives went different ways after Emily left. But each remembered that promise. And none truly found friendship like it again.

Now, Emily’s back, with a secret she can’t face. She tries to hide away, take time to heal and make some difficult choices, but she runs into one of her old friends, and soon the four are reunited. Lolly, warm as ever, is a successful physiotherapist, married with kids. Yet smart, strong Amanda, who cherishes her teenage daughter, is alone and seemingly stuck in a dead-end job. And creative Jess is so much quieter than Emily remembers.

The bond is still there, and Emily realises their friendship might keep her together, but there are reasons why the women fell out of touch. Secrets that have lain dormant for decades start to surface, and then one of the women discovers a betrayal so big, it could turn each of their lives upside down.

It’s always those we’re closest to who have the power to tear us apart. Can friendship give Emily and her friends the strength to survive a devastating shock, or are some things unforgivable?

Full of truths about friendship, marriage, and the relationships that define us, Her Best Friend’s Secret is a powerful, relatable and emotionally gripping novel for fans of Jojo Moyes, Diane Chamberlain, and The Silent Wife.

Her Best Friend’s Secret by Anna Mansell is another book that falls into my own personal genre of popcorn reads. In other words grab a nice big bowel of popcorn or you’re favorite snack and sit back and enjoy the drama only  to make you feel your own problems are not so bad.

This one is the story of  four women who when young were the  best of  friends but as time went by they had lost touch with one another. Twenty years have passed since these four were teenagers together and now Emily who had moved away back then has returned to  their small town to hide  from her own life and the secret she carries.

Emily had only wanted to lay low and had no plans on looking up anyone she had once knew but when she runs into one from the old  group how could she say no to  getting back together to catch up? Lolly, Jess and Amanda each lead very different lives now but  the group can’t help but remember the good times until secrets begin to catch up to  them.

I can’t say that Her Best Friend’s Secret is anything new or overly original as I have read a lot of these stories but despite having a feeling of knowing what was coming I still enjoyed my time with these characters. Each of the four had their own distinct personalities and voices and it was easy to slip into their lives as the problems began to unfold. Definitely an entertaining read from start to finish. 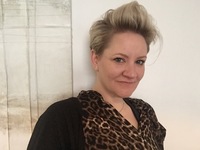 Anna’s first brush with ‘fame’ was as a magician’s assistant back in 1977. She later decided that being sawn in half by her father, at barely 6 months old, was too submissive a role, vowing to channel the trauma in to something much more pro-actively creative. Having failed at acting, singing and professional murder mystery parties (she was ALWAYs the one to die!), she fell to something much more solitary: writing. How To Mend a Broken Heart is her first novel and her life was not on the line in order to write it. Anna lives on a dairy farm in Cornwall with her two children, her husband, and her ex-racing greyhound, Olive Dog.