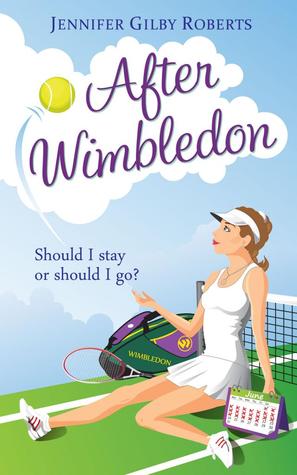 Should I stay or should I go?

After 12 years on the pro. tennis tour and four years with her sort-of boyfriend, Lucy Bennett has had enough. She wants real life… and real love.

Her life, her decision. Right? Well, no one else seems to think so. With opinions on all sides, Lucy’s head is spinning. And she’s stumbling right into the arms of long-term crush and fellow player Sam. Shame her boyfriend – his arch-rival – would sooner smash a racquet over their heads than agree to a simple change of partners.

As the Wimbledon Championships play out, Lucy fights for her life on and off the courts. The question is: what will she be left with after Wimbledon?

A chick lit / romantic comedy novel about romance, family, tennis and having the guts to move on to a new phase of your life.

After Wimbledon by Jennifer Gilby Roberts is a contemporary romance that I can safely add to my hey that wasn’t too bad for a freebie pile. This one is not only for the tennis/sports fans out there but for those that have gotten stuck in a rut in their romantic lives.

Lucy Bennett was born into a tennis playing family and grew up breathing the sport. Now in her late twenties Lucy has spent the last twelve years on the pro circuit but feels it’s about time to give it all up. Lucy is ready for a family and touring around and training just aren’t fun anymore.

However, as much as Lucy is ready to retire and settle down her boyfriend of four years is also a top tennis player and in no mood to talk retirement. Lucy knows she settled into the relationship out of convenience and promises to break it off after Wimbledon but before that happens she begins to get to know Sam who is also retiring.

This was actually a pretty cute romance with a bit of laughs here and there. I’m not normally one for “cheating” stories but as much as this one walks a line of knowing one relationship is over while starting a new friendship and I actually enjoyed it.  The one thing for me though was I thought it could get a bit too into the details of the tennis  matches which kind of dragged a bit in those part. Otherwise a fun story that I would rate at 3.5 stars. 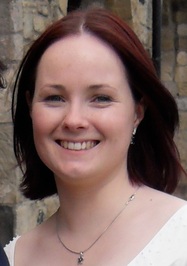 Jennifer Gilby Roberts has a degree in physics and a postgraduate certificate in computing, so a career writing fiction was inevitable really. She was born and grew up in Surrey/Greater London, but now lives in Richmond, North Yorkshire with her husband, small daughter, two middle-aged cats and a lot of dust bunnies.