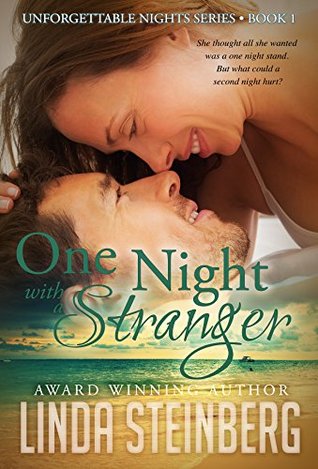 Title: One Night with a Stranger

She thought all she wanted was a one night stand. But what could a second night hurt?

On the rebound from a bad breakup with Mr. Wrong, Lisa Randall does something she’s never done before: has a one night stand with a stranger she meets in a bar. As amazing as the night is, the last thing she expects is to hear from the guy again. But when one night turns into two, and then three, and then more, Lisa wonders whether her infatuation with Matt is keeping her from meeting Mr. Right, or whether a passionate one night stand can actually lead to true love.
Matt Owens has always considered himself the King of Jumping into Things Too Fast. He met his ex on a Tuesday, proposed on Saturday, and married her a month later. This time around he wants to take things slow, enjoy the moment. And the attractive woman he picked up in a bar seems to fit the bill. Lisa doesn’t even want to know his last name, let alone plan a future. But as he begins to develop feelings for her, he knows his one big secret could ruin any chance for something more.

One Night with a Stranger by Linda Steinberg is the first book of the contemporary romance Unforgettable Nights series. The next book of the series will have a different couple so each could be read as a standalone if choosing to do so and as of time of writing this book one is still free in Amazon.

Lisa Randall has just gotten out of a relationship and is not ready for a new one when she decides to let go and have a one night stand. Matt Owens has his own problems and isn’t ready to rush into anything series either so how could he say no to Lisa? The only problem… both are not happy with just one night and continue to see one another.

Writing has been a passion for as long as Linda Steinberg can remember. She started writing her first novel when she was living in Lagos, Nigeria, in longhand on school tablets, the only available writing paper, and hasn’t stopped since. She writes contemporary romance, romantic suspense, and women’s fiction featuring strong heroines with real problems and heroes who sizzle their way into readers’ hearts. A retired accountant, Linda now lives in a suburb of Dallas, Texas, with her second time around sweetheart and enjoys reading, travel, family and friends.