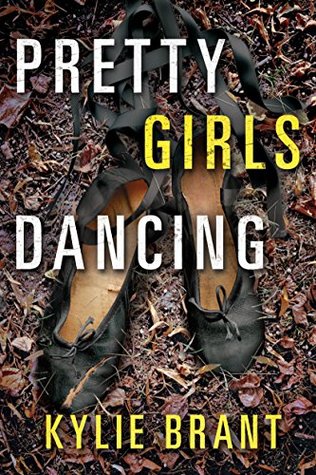 Years ago, in the town of Saxon Falls, young Kelsey Willard disappeared and was presumed dead. The tragedy left her family with a fractured life—a mother out to numb the pain, a father losing a battle with his own private demons, and a sister desperate for closure. But now another teenage girl has gone missing. It’s ripping open old wounds for the Willards, dragging them back into a painful past, and leaving them unprepared for where it will take them next.

Bureau of Criminal Investigation agent Mark Foster has stumbled on uncanny parallels in the lives of the two missing girls that could unlock clues to a serial killer’s identity. That means breaking down the walls of the Willards’ long-guarded secrets and getting to a truth that is darker than he bargained for. Now, to rescue one missing girl, he must first solve the riddles that disappeared with another: Kelsey Willard herself. Dead or alive, she is his last hope.

Pretty Girls Dancing by Kylie Brant is a thriller that has police rushing to find another young girl that may be the latest victim of a serial killer that has spanned decades. The story is told from multiple points of view, Whitney the latest victim, the mother, father and sister of a previous victim and Special Agent Mark Foster.

Whiney DeVries is a young teen that was flattered when an attractive boy she had met briefly sent her a friend request online. Whitney found herself chatting and flirting with the boy for quite a while before the question of should they meet was approached. When they finally made plans one night at a local park Whitney’s worst nightmare happens when it isn’t the boy but a man that kidnaps her and takes her hostage.

Special Agent Mark Foster finds himself investigating this latest disappearance and putting together the pieces that lead him to believe that a previous killer may be responsible. Over the years numerous girls were taken and believed to have been kept alive for years before their bodies were eventually found. The Willard family have been holding onto hope their own daughter would be returned but it’s been years since she was abducted.

Pretty Girls Dancing by Kylie Brant was a solid thriller that was easily to become engrossed in reading after Whitney’s abduction. Instead of only following the investigative side it gives a look into what a family has gone through that have been waiting for years for answers and how they all have their own way of coping/not coping. The chapters from Whitney got increasingly more and more eerie and unsettling as her situation is described. I wouldn’t say the wrap up with this one was overly surprising to me but still a good read overall. 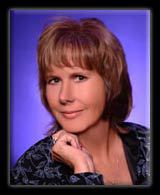 Kylie Brant is the author of nearly forty novels and is a three-time RITA Award nominee, a four-time RT Award finalist, a two-time Daphne du Maurier Award winner, and a 2008 Romantic TimesCareer Achievement Award winner (as well as a two-time nominee). Her books have been published in twenty-nine countries and translated into eighteen languages. Brant is a member of Romance Writers of America, including its Kiss of Death mystery and suspense chapter; Novelists, Inc.; and International Thriller Writers. Visit her online at http://www.kyliebrant.com.