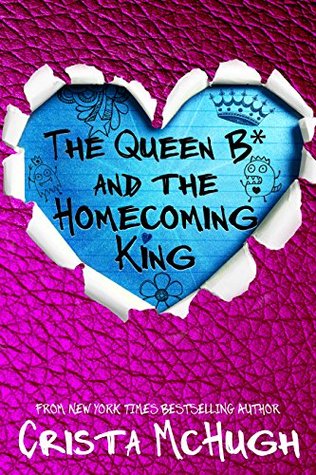 Title: The Queen B* and the Homecoming King

The Queen B*, Alexis Wyndham, has only three rules when it comes to dating the star quarterback, Brett Pederson:
1. No obligations to spend every waking moment with each other.
2. No public displays of affection while at Eastline High.
3. And absolutely, under no circumstances, will she ever go to the Homecoming dance.
But as her life is completely upended time and time again, she begins to wonder if some rules are meant to be broken.

The Queen B* and the Homecoming King by Crista McHugh is the third book in the young adult contemporary romance The Queen B* series. Just like the second book of the series the third picks up right after where the story had left off so it is definitely best to read from book one in order.

This series is about Alexis Wyndham who is a high school senior who has overwhelmingly earned her title of the Queen B* in her school. Maybe most wouldn’t be proud of this title but Alexis owns it and actually strives to earn it. You see, Alexis was hurt in the past so being the Queen B* allows her to control those that get close to her and keep the others in fear of what she will do to them if they cross her path.

One person in the school Alexis never saw herself becoming friends with was Brett, the captain and star of the football team. However, when the health teacher informs them of a project coupling up and caring for a digital infant doll together Alexis manages to end up with Brett as a partner. When Brett shocks Alexis one time after another as they get to know each other she begins to rethink her image of him.

Now that I’ve come to the third book of the series I was expecting some dating and more interaction between Alexis and Brett than ever but that ended up being my one disappointment. There was a lot going on in the story but it was mostly the surrounding characters instead of the couple so I was left with a feeling of wanting more from them together. I still think it was a cute YA contemporary with fun characters all around so I’m happy to finally get to these. 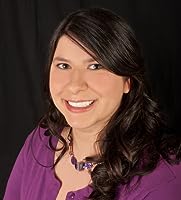 Crista McHugh is a NEW YORK TIMES and USA TODAY BESTSELLING author of fantasy and romance with heroines who are smart, sexy, and anything but ordinary. She also writes fantasy with a little less kissing and bit more action (outside the bedroom) as C. A. McHugh.

Growing up in small town Alabama, Crista relied on story-telling as a natural way for her to pass the time and keep her two younger sisters entertained.

She currently lives in the Tesla-filled suburbs of Seattle with her husband and two children, maintaining her alter ego of mild-mannered physician by day while she continues to pursue writing on nights and weekends.

Just for laughs, here are some of the jobs she’s had in the past to pay the bills: barista, bartender, sommelier, stagehand, actress, morgue attendant, and autopsy assistant.

And she’s also a recovering LARPer. (She blames it on her crazy college days)

To be the first to know about her latest releases or to be entered into exclusive contests, please sign up for her newsletter using the contact form on her webpage, http://www.cristamchugh.com.