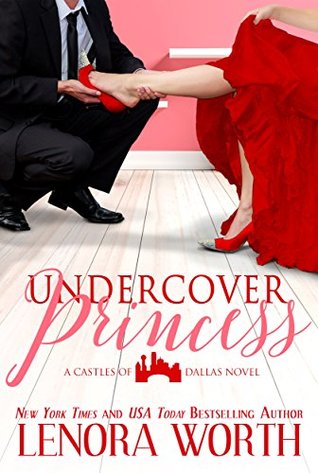 Born to an Italian father and native Texas mother, Nico Lamon returns to Texas to launch an exclusive deal with the iconic Castle Department Store. Guilty for not being there when his father died, Nico has brought the House of Lamon back from the brink of bankruptcy. He devises a marketing gimmick that will benefit both the Castles and the House of Lamon: find the perfect woman to be the fashion line’s spokesperson and to wear the gorgeous Valentine shoes he personally designed. When he spots Eleanor in the crowd, he won’t stop until she’s that woman. His woman.

Eleanor Castle returns to Castle Department Store undercover as head of security, but she’s really back to reclaim her heritage and save both the store and her aging father. Eleanor has a plan to stop her evil stepmother from her devious doings and she won’t stop until she knows her face is safe. But when Nico spots her at a gala and decides she’s the one who should wear the shoes and that she’s also the one he wants in his life, Eleanor has to reevaluate her undercover plan. Nico slips a red shoe on her foot and captures her heart. How can she fall for a prince of a man without exposing herself and her bruised heart?

Eleanor Castle had ran off from her family years before due to her evil stepmother but now she has returned to claim what is hers and to care for her ailing father. Disguised Eleanor has taken the job of head of security at Castle Department Store to get behind the scenes and get evidence of her stepmother’s evil doings.

Nico Lamon has returned to Texas to barter a deal with Castle Department Store to help bring his families business, House of Lamon, back from the brink of bankruptcy after losing his father. Nico’s plan is to find someone to model his creations including a pair of Valentine shoes he’d designed. Of course Eleanor catches Nico’s eye but being undercover the last thing she wants is Nico’s attention.

Undercover Princess wasn’t a bad story really but I think since one of my top books of 2018 was a Cinderella retelling that I absolutely loved this one just didn’t catch my attention anywhere near as much. You can definitely see the Cinderella elements in the story and it’s good in it’s own way but for me this one will unfortunately probably end up forgettable as it didn’t stand out as much to me. 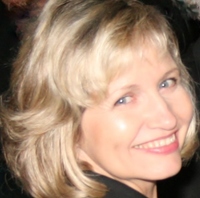 Lenora Worth writes fiction for Harlequin’s Love Inspired and sweet romance for Tule Publishing. She also helped launch the Rodeo Knights Western Romance imprint. Her LIS Body of Evidence made the NY Times Bestseller list in Mass Market Paperbacks and she is also a USA Today and Publishers Weekly Bestselling author. Bayou Sweetheart was nominated for an RT Reviewers Choice Award. Three of her books have been nominated for the ACFW Carol Award. Lenora has written over 75 books and has an estimated 3 million books in print. She loves cheesecake, shoe shopping, walking on the beach and reading.