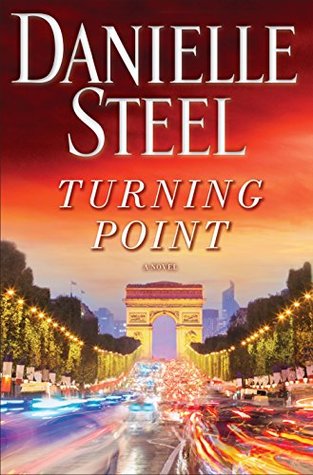 In Danielle Steel’s powerful new novel, four trauma doctors—the best and brightest in their field—confront exciting new challenges, both personally and professionally, when given an unusual opportunity.

Bill Browning heads the trauma unit at San Francisco’s busiest emergency room, SF General. With his ex-wife and daughters in London, he immerses himself in his work and lives for rare visits with his children. A rising star at her teaching hospital, UCSF at Mission Bay, Stephanie Lawrence has two young sons, a frustrated stay-at-home husband, and not enough time for any of them. Harvard-educated Wendy Jones is a dedicated trauma doctor at Stanford, trapped in a dead-end relationship with a married cardiac surgeon. And Tom Wylie’s popularity with women rivals the superb medical skills he employs at his Oakland medical center, but he refuses to let anyone get too close, determined to remain unattached forever.

These exceptional doctors are chosen for an honor and a unique project: to work with their counterparts in Paris in a mass-casualty training program. As professionals, they will gain invaluable knowledge from the program. As ordinary men and women, they will find that the City of Light opens up incredible new possibilities, exhilarating, enticing, and frightening.

When an unspeakable act of mass violence galvanizes them into action, their temporary life in Paris becomes a stark turning point: a time to face harder choices than they have ever made before—with consequences that will last a lifetime.

Oh my, it’s been years since I’ve had the pleasure of picking up a title from Danielle Steel and when seeing Turning Point I knew I had to read it. The story in this novel is definitely current as it deals with the violence in the world that we hear of all too often, shootings, bombings, terrorists attacks and those doctors that find themselves treating the wounded.

Turning Point follows four emergency room doctors from San Francisco that are at the top of their field. Bill is divorced with his children on another continent throwing himself into his work, Tom is the carefree ladies man only looking for one night stands, Stephanie the married mother of two failing in her struggles to balance work and home, and Wendy is the other woman, a mistress of six years wanting more for herself.

Although each of the doctors have their own personal dilemmas they are still on top of things at work when traumatic events happen. When a huge tragedy happens overseas all four of the doctors are approached to form a task force to team with Parisian doctors training in emergency response spending a month in Paris before the team returns to the U.S. for training.

After reading this one I couldn’t help but compare it to Grey’s Anatomy a bit as they are a bit similar in nature. Being a Danielle Steel title the story does focus more on the doctors and their lives and relationships than it does on the action that surrounds their jobs but there is just enough of those real life events to give it a dramatic edge to the romance just as with the television show. I think both long time fans and any newer readers will enjoy this one if picking it up with solid writing and an action packed drama filled plot.

Danielle Steel has been hailed as one of the world’s most popular authors, with almost a billion copies of her novels sold. Her many international bestsellers include Beauchamp Hall, In His Father’s Footsteps, The Good Fight, The Cast, Accidental Heroes, Fall From Grace, and other highly acclaimed novels. She is also the author of His Bright Light, the story of her son Nick Traina’s life and death; A Gift of Hope, a memoir of her work with the homeless; Pure Joy, about the dogs she and her family have loved; and the children’s books Pretty Minnie in Paris and Pretty Minnie in Hollywood.