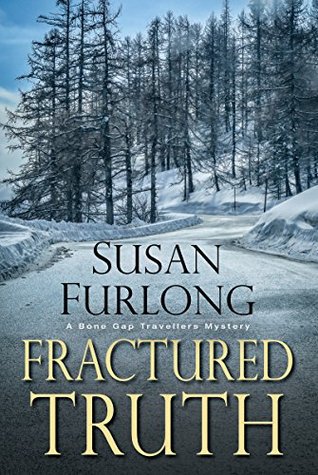 When the mutilated remains of a young woman are found in an Appalachian Mountain cave, newly sworn-in deputy sheriff Brynn Callahan is forced to track down a killer driven by twisted motives . . .

Not long after donning the uniform of the McCreary County Sheriff’s department in Bone Gap, Tennessee, ex-Marine Brynn Callahan faces her first official homicide. On a cold February morning, a lone cross-country skier stumbles across the mutilated body of a young woman. Sent to investigate, Brynn is shocked when she recognizes the victim as a fellow Traveller, Maura Keene.

Maura held a solid standing both within the Travellers’ insular community and among the settled townspeople—a fact that makes her murder all the more disturbing to Brynn, who also straddles the two worlds.  After her trained K-9, Wilco, digs up human bones, and then a scrap of paper scrawled with arcane Latin phrases is uncovered, Brynn finds evidence leading her to question those closest to her—and closing the case becomes a deeply personal matter.

While trying to suppress local superstitions and prejudices, Brynn discovers that Maura was keeping a dangerous secret. And as the bones Wilco found are analyzed by forensics, Brynn harbors the troubling suspicion that she knows who they belong to. Still struggling with PTSD, Brynn must put her career on the line and her life at risk to find justice for a woman not unlike herself—haunted by her past, and caught in a vicious cycle she may never escape . . .

Fractured Truth by Susan Furlong is the second book of the mystery/suspense Bone Gap Travellers series. Each book of the series has had it’s own main case to be solved so this could be understood as a standalone. However, there are some things that have carried over from book to book that make reading from the the beginning the best option.

The series is set around a group of Irish Travellers that have settled in Bone Gap, Tennessee in the Appalachian Mountains. In the first book of the series readers were introduced to ex-marine Brynn Callahan and her cadaver dog, Wilco. Brynn had joined the marines after some things had happened to her but after an IED explosion had left her injured she’s returned to Bone Gap and the Travellers.

Brynn and Wilco have joined the local law enforcement with Wilco sniffing out victims and Brynn helping to solve the murders. Suffering from PTSD though Brynn is only one swallow of alcohol or pill away from endangering her position in the department. All the while Brynn feels the animosity of the Travellers for being involved but when another young girl turns up murdered Brynn once again finds herself walking the fine line between her own people and the towns folk.

Susan Furlong has yet again done a wonderful job setting the scene with this unique group of Irish Travellers in the mountains. There’s something completely compelling stepping into the world that I can’t help but become completely engaged in the mystery. Brynn is also one very flawed character, well she and Wilco both really, but it’s hard not to feel her emotions right along with her and want things to work out for her. In the end this was another great installment of the series I would rate at 4.5 stars and will looks forward to seeing what else is in store in the future.

Susan Furlong launched her Bone Gap Travellers series with the acclaimed novel Splintered Silence. Raised in North Dakota, she graduated from Montana State University. She and her family live in central Illinois. Visit her on Facebook or at http://www.susanfurlong.com.