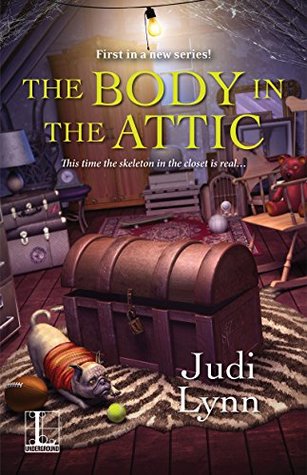 Title: The Body in the Attic

House-flipper Jazzi Zanders and her cousin Jerod have found their latest project. The property, formerly owned by the late Cal Juniper, is filled with debris that must be cleared before the real renovation begins. But a trip to the attic reveals something more disturbing than forgotten garbage—a skeleton wearing a locket and rings that Jazzi recognizes . . .

Tests confirm that the bones belong to Jazzi’s aunt Lynda, who everyone assumed moved to New York years ago after breaking up with Cal. Soon enough, the whole family is involved, sifting through memories and rumors as they try to piece together what really happened to Lynda—and the baby she gave up for adoption. In between investigating and remodeling, Jazzi is falling for the old house’s charms—and for her gorgeous contractor, Ansel. But with surprises lurking in every nook and cranny, a killer might be waiting to demolish her dreams for good . . .

The Body in the Attic  by Judi Lynn is the first book in the all new cozy The Body mystery series. Most that follow my reviews know I have a soft spot for small town stories and cozy mysteries so being from Indiana myself this series immediately caught my eye being set in a small town in my home state.

The Body in the Attic introduces readers to Jazzi Zanders who along with her cousin Jerod are in the flipping houses business. Now if anyone isn’t familiar with house flipping it’s buying up properties at a low cost then renovating them to sell for profit. I blame plenty of doctor/hospital trips for my new found love of HGTV and these type of shows since they seem to air in waiting rooms everywhere.

So anyway back to the book… Jazzi and Jerod obtain the home of a man that was once engaged to Jazzi’s aunt who had left town years before and never contacted her family. The homeowner had never married again and spent his life alone before passing from a heart attack. When Jazzi and Jerod tackle cleaning the attic they come across an old trunk that when opened contain the bones of Jazzi’s aunt.

Now with this almost thirty year old cold case hitting close to home it was easy to see why our protagonist would become involved in the outcome but don’t worry the investigation takes a step up too when a more current murder is discovered making the whole mystery side of this book easy to become engaged in.

However, as much as I liked the setting, mystery and even the characters this one had a down side in my opinion… the “romance”. I have no idea why in the world the author had to write the love interest for Jazzi as having a girlfriend but I’m not a fan of pushing in on someone else’s man. The side we get is how terrible said girlfriend is and that she doesn’t deserve the guy but this only made me feel sorry for the unknown girlfriend. So before I go into a long rant about respect and boundaries I’ll just say if that hadn’t been included I probably would have rated a lot higher than the 3.5 stars. 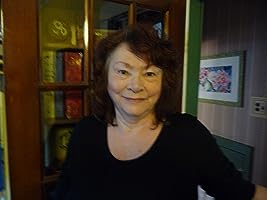 I started my writing career selling odd short fantasy and mystery short stories, and then I discovered urban fantasy. I love myths, horoscopes, and quirky legends, so wrote three series of urban fantasy as Judith Post, along with a variety of novella bundles. But I eventually turned from werewovles and witches to romance. I wrote six Mill Pond romances as Judi Lynn. I also have a passion for Agatha Christie, so when my editor gave me a choice of writing three more romances or three mysteries, I signed to write three cozy mysteries. Hopefully, they’ll come out in 2018.