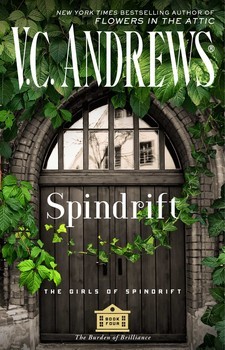 Book Four of the Girls of Spindrift. From the New York Times bestselling author of the Flowers in the Attic and My Sweet Audrina series (now Lifetime movies) continues a haunting new series featuring highly intelligent teenage girls who struggle to survive a specialized high school and find their place in a world that doesn’t understand them. Such is the burden of being brilliant.

The ivied walls of Spindrift corral the brightest young minds in the country. Through these ancient halls walk geniuses too intelligent to truly fit in amongst their peers back home. For many, these stone walls are an island of sanity in a distrusting world.

Among these students stride a clique of three beautiful girls known as the Supremes—Corliss, Donna, and Mayfair. They rule the school with a well-manicured fist. For Donna and Corliss, this is the only place they’ve felt at home. But Mayfair…Mayfair is different.

One day, Mayfair disappears, after having met a mysterious older man in town only the day before. The three girls snuck into town together, so Donna and Corliss feel responsible. They know that they have to help find her.

But more strongly than their feeling of guilt, one question drives them. They wonder, how could one of the Spindrift geniuses, defined by the logical prowess of their brain, make a decision based purely on the whims of the heart?

The four Girls of Spindrift novellas together form a spinoff to Bittersweet Dreams—available now!

Spindrift is the fourth book of the Girls of Spindrift series by V.C. Andrews. The series is a set of novellas that are a spin off series to the book Bittersweet Dreams which has already been published. I have not yet read Bittersweet Dreams myself but I don’t believe it would necessary to have done so to understand the novellas, it seems to be mainly some character building for what would be in Bittersweet Dreams.

The first three novellas in the series introduced Corliss, Donna and Mayfair as they joined the exclusive Spindrift School that is for the extremely gifted. These girls never fit into their lives being well above their peers in school and testing off the charts and now they have found each other and began to bond and become friends. While the girls are out jogging they find a way under the fence and into a small town near the school and decide to explore.

While in town the girls met an older boy who introduced himself as Leo. Corliss and Donna both suspected there was just something off with Leo and didn’t trust him talking Mayfair into returning to Spindrift. However Mayfair decided to sneak back out on her own to meet Leo and now the girls need to find her fast or come clean with the school about their escape into town.

Being novella length I’m sure you’ll all expect my usual the story is good but there isn’t a lot of depth. I really don’t mind with these as it’s more nostalgia to dip into the haunting lives that live within the pages of a V.C. Andrews novella. And yes, I’m well aware along with most anyone that V.C. herself passed away years ago and these are actually written by her ghostwriter, Andrew Neiderman.

There are some out there who 1 star every book coming out without ever giving them a chance, however I’m not one of those and actually like trying these out. While some stories written since her passing were really terrible some of them aren’t too bad and good for that trip into the past occasionally. The Girls of Spindrift is one that I don’t find that bad at all, not award winning but good to pass an hour. 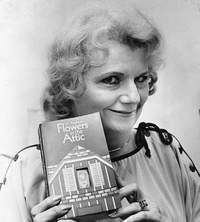 One of the most popular authors of all time, V.C. Andrews has been a bestselling phenomenon since the publication of Flowers in the Attic, first in the renowned Dollanganger family series, which includes Petals on the Wind, If There Be Thorns, Seeds of Yesterday, and Garden of Shadows. The family saga continues with Christopher’s Diary: Secrets of Foxworth, Christopher’s Diary: Echoes of Dollanganger, and Secret Brother. V.C. Andrews has written more than seventy novels, which have sold over 106 million copies worldwide and have been translated into twenty-five foreign languages.