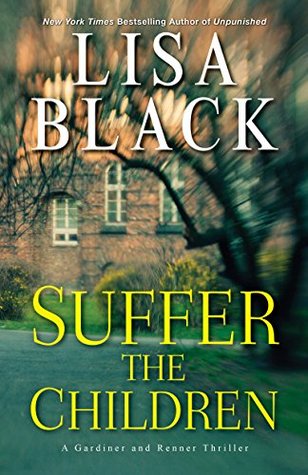 Maggie Gardiner, forensics expert for the Cleveland police department, and Jack Renner, a homicide detective with a killer secret, return in bestselling author Lisa Black’s new thriller as they confront the darkest threat yet to their careers—and their lives.

The body of fifteen-year-old Rachael Donahue—abandoned by society, raised in foster homes, and violently unapproachable—has been discovered at the bottom of a stairwell at Firebird, the secure facility for juvenile offenders in Cleveland. For Maggie and Jack, Rachael’s death comes with a disturbing twist—the girl may have been involved with a much older man.

But Rachael’s not the only resident at the center to come to a dead end. Firebird’s ten-year-old “wild child” has overdosed in the infirmary—back-to-back tragedies that appear to be terrible accidents. As a forensic investigator, Maggie knows appearances can be deceiving. And Jack knows all about deceit. That’s why they both suspect a cold-blooded murderer is carrying out a deadly agenda.

As Maggie’s ex-husband gets nearer to uncovering the secrets that Maggie and Jack must hide, it becomes increasingly harder for them to protect a new and vulnerable victim from a killer with unfathomable demons.

Suffer the Children by Lisa Black is the fourth book in the thrilling Gardiner and Renner series. Each book in the series is a completely new case so they technically could be read as a standalone if choosing. However there is also an underlying story continuing with the characters from book to book so it’s ideally best to read in order from the beginning.

In Suffer the Children forensics expert Maggie Gardiner and homicide detective Jack Renner find themselves at Firebird, a secure facility for juveniles. The kids inside this establishment are ones that have extreme problems, many have a total lack of empathy and have been abandoned to the system. When one of them has what appears to have been an accident Gardiner and Renner come to investigate.

As Maggie and Jack are looking into the death of fifteen year old Rachael another child attacks them and they see just how dangerous the facility can be. But next they know that same child is found dead in the infirmary in what at first glance appears another accident but two accidents are a bit much to believe so they begin to wonder if a killer is loose in the facility.

I do believe Suffer the Children is my favorite of this series so far thinking back on the others. This has always been a dark and gritty police procedural type of series but with the added twist of the secrets shared between the characters but this fourth book really took on an intense darkness with the nature of the children involved and their deaths. It really was fascinating to read about them and follow as the clues were uncovered and the case solved.

Lisa Black is the author of several thrillers, including the Theresa MacLean series and the Gardiner and Renner series. A latent fingerprint examiner and crime scene investigator, she is a member of the American Academy of Forensic Sciences and has testified in more than fifty homicide trials. Native to Cleveland, where she worked for the coroner’s office, she currently resides in Cape Coral, Florida.