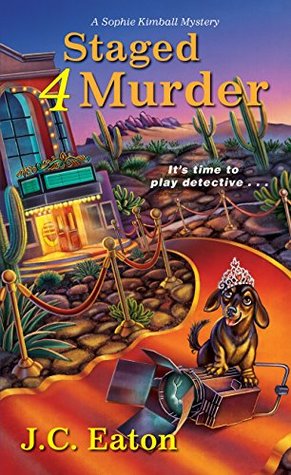 Sophie “Phee” Kimball wants to get some work done at her private investigation company in Arizona—and she’s distracted already by her old crush, who’s arriving from Minnesota to join the staff. The last thing she needs is constant updates from her mom on the local production of Agatha Christie’s “The Mousetrap.” Practically everyone from Mom’s book club and retirement community, with the possible exception of her chiweenie, Streetman, wants to join the cast and crew. But someone’s playing the role of the killer for real.

After a much-despised cast member is found dead on a catwalk in the theater, Phee has no choice but to be drawn into all the backstabbing and backstage gossip. Especially if her drama-queen mother is right about the vaguely threatening note left on her windshield, which could mean curtains for another victim . . .

Staged 4 Murder by J.C. Eaton is the third book in the cozy Sophie Kimball Mystery series. Our main character in this series is Sophie “Phee” Kimball who had been working in accounting at a police department in Minnesota so her retired mother thought Phee would be the perfect person to come to Arizona and investigate when several suspicious deaths happened at her retirement community.

After her first trip out to Arizona Phee decided to make the move and took a job working for a detective friend but to Phee’s mother that still makes her perfect to investigate whenever anything out of the ordinary comes along for the ladies in the retirement community. So when Harriet’s group decides to try out for the new Agatha Christie play Phee is not surprised when she gets the call that another body has been found and she is needed to find another killer.

This series by J.C. Eaton has all the great ingredients to a cozy mystery that I enjoy, a down to earth main character that follows the clues and questions those involved but with some connection to law enforcement to help with the harder aspects, likable characters and a fun environment for the story to take place.

Sophie and her mother have a great relationship and I often find myself chuckling at their interactions. And now getting a group of retirees into a theater and all that goes with it was a great mix for even more laughs in this edition. Just a fun read with fun characters and always look forward to seeing what the authors have in store in the future for Sophie and friends. 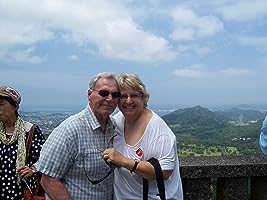