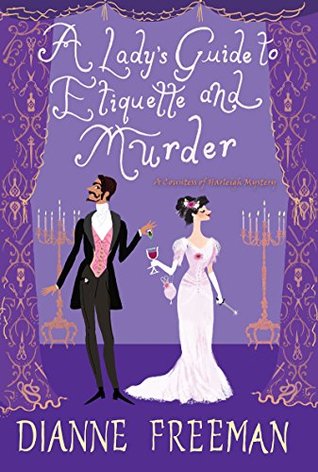 Title: A Lady’s Guide to Etiquette and Murder

Frances Wynn, the American-born Countess of Harleigh, enjoys more freedom as a widow than she did as a wife. After an obligatory year spent mourning her philandering husband, Reggie, she puts aside her drab black gowns, leaving the countryside and her money-grubbing in-laws behind. With her young daughter in tow, Frances rents a home in Belgravia and prepares to welcome her sister, Lily, arriving from New York—for her first London season.

No sooner has Frances begun her new life than the ghosts of her old one make an unwelcome appearance. The Metropolitan police receive an anonymous letter implicating Frances in her husband’s death. Frances assures Inspector Delaney of her innocence, but she’s also keen to keep him from learning the scandalous circumstances of Reggie’s demise. As fate would have it, her dashing new neighbor, George Hazelton, is one of only two other people aware of the full story.

While busy with social engagements on Lily’s behalf, and worrying if Reggie really was murdered, Frances learns of mysterious burglaries plaguing London’s elite. The investigation brings death to her doorstep, and Frances rallies her wits, a circle of gossips, and the ever-chivalrous Mr. Hazelton to uncover the truth. A killer is in their midst, perhaps even among her sister’s suitors. And Frances must unmask the villain before Lily’s season—and their lives—come to a most unseemly end . . .

A Lady’s Guide to Etiquette and Murder by Dianne Freeman is the first book in the A Countess of Harleigh Mystery series. This series is a bit of a different take on the average cozy mystery in that it has a historical setting mixing both genres wonderfully.

Frances Wynn is an American that was born to a wealthy family that found herself in an arranged marriage to her husband, Reggie, that brought Frances the title of the Countess of Harleigh and her husband access to her family funds. In the beginning Frances thought she could learn to love her husband but as time went on she began to see the man he truly was.

One night Frances was awakened by a house guest who seemed to be extremely upset, it seems that Frances’ husband Reggie had been in the lady’s bed and passed from a heart attack. To save them all scandal Reggie’s body had been moved back to his own room, the doctor called to pronounce his departure and Reggie buried putting Frances into a season of mourning.

Now that Frances’ mourning season is coming to an end a year later she finds that she finally feels free of her philandering husband and his money hungry family. Frances purchases her own home where she’s invited her younger sister Lily to prepare for her first London season. However, before Frances really gets settled she gets a visit from the law claiming they have reason to look into Reggie’s death as a possible homicide leaving Frances to set about finding out what really happened before she’s accused of a crime.

Taking a cozy mystery into the past giving it a historical setting had A Lady’s Guide to Etiquette and Murder a fun read right from the start. I wasn’t sure how the historical side would mix with the leading lady going about investigating on her own but the author worked it all into the mix quite nicely keeping the feel of those times. With this being the first of a new series I’m really excited to see what happened next for Frances and the rest of the characters. 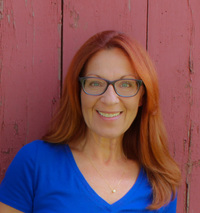 Dianne Freeman is a life-long book lover who left the world of corporate finance to pursue her passion for writing, and the endless summer. She and her husband split their time between Michigan and Arizona where you can find her indulging in a good read, or hard at work on the next Countess of Harleigh mystery. Readers can visit her website at: http://www.difreeman.com.

← Along with You by Michelle Areaux blitz with giveaway
Cover Reveal: Rival by Arwen Paris →