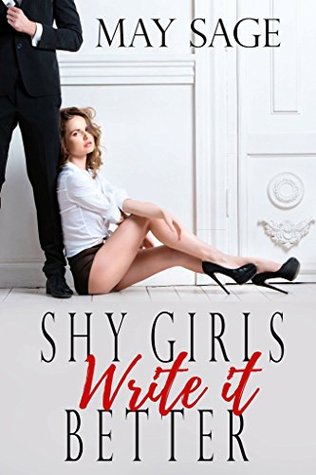 Cassie Franklin trips over nothing on perfectly flat surfaces every day, and she cannot seem to be able to simultaneously speak and look into her audience’s eyes.
Cassandra Frank is the ultimate tease; her words have aroused, intrigued and captured the heart of thousands…
And somehow, they are the same person.

Hiding the fact that she writes erotica isn’t much of a challenge – no one would ever think that a plain, boring little accountant like Cassie could so much as read anything so scandalous…
But one day, she makes a huge mistake.

Carter Harris employs so many people he can’t exactly recall all their names, but strangely, he knows her. She isn’t an executive, she isn’t sexy, or otherwise noticeable, but the girl is cute – in a helpless, unique sort of way.
He can’t pretend to say she ever crosses his mind, though… Until the day he finds the manuscript she worked on during her lunch hour.

Some girls do it is a series of adult romance with explicit content. Expect standalone novellas about different couples from the same group of friends, each of them ending on a happily for now note. There won’t be another book about any of the couples.

Carter Harris runs the company that employs Cassie in her day job and when her latest book lands on his desk he’s totally surprised it came from the shy Cassie. Carter now has the excuse he needed to speak to Cassie so he approaches her with the idea of helping critique her work.

Shy Girls Write It Better wasn’t a bad read but it wasn’t necessarily a good one either in the fact that it’s a story we’ve all read before. Boss likes shy employee and they begin a relationship, this time using her lack of sexual experience and being an erotic author as an excuse to fast forward to the sex scenes. The story wasn’t going too horribly but it barely got them together and it ends giving a feel of there should be more to come except instead you get a short, vague epilogue leaving me to rate this at 2.5 stars.