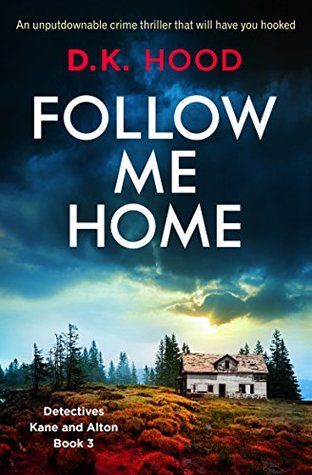 ‘Don’t you agree Detective? That some people deserve to die? I’ve killed the first. I’ve killed the second. Now will you catch the others, or do I have to kill them too?’

The body of Amos Price lies in a pool of blood on the polished floor of an otherwise empty house. With no signs of a break in, and no clues left at the scene, Detective Jenna Alton is at a loss.

But as the team begins to unpick the life of the reclusive victim, they discover a disturbing link between Amos and the disappearance of several young girls in the county going back years.

Days later, another brutally murdered body is found, in a remote motel on the outskirts of town. Ely Dorsey was killed in a frenzied attack and Jenna fears not only that the murders are connected to the missing girls, but that the killer hasn’t finished yet.

As Jenna tries to work out who will be next, the killer suddenly starts sending her deputy, David Kane, messages. Is she being taunted? Or does the murderer want to be caught? And will Jenna discover who’s behind these killings before more people die?

An absolutely nail-biting thriller with plenty of twists, Follow Me Home is perfect for fans of Robert Dugoni, Karin Slaughter and Rachel Abbott.

Follow Me Home by D.K. Hood is the third book in the Detectives Kane and Alton police procedural series. The opening book of the series introduced readers to a pair of detectives that have their own pasts they were hiding from. Both are tough as nails and determined to find out who is behind the crimes in the small town while they navigate the waters of their own working relationship.

In this installment Kane and Alton have yet another dead body and a killer to find when a man is found inside of a locked home. Clues begin to lead the detectives to find that the victim may have been a criminal himself with ties to missing children. As another body turns up they find themselves not only chasing a killer but hunting down a ring of child molesters that crimes seem to go back decades.

Being the third book in the series I already knew these detectives and the small town of Black Rock Falls quite well so there didn’t seem to be reason to question liking that side of the story. Getting into this installment though this wasn’t my favorite case of the series so far though.

There’s a part of me that would just rather the vigilante hunting down the pond scum that have traumatized young children just continue on with chasing them down. Then as the story turns to that case it almost seems as if it’s to protect the ring of molesters from being murdered instead of protecting the children. While not my favorite of the series though I would still head back to Black Rock again in the future.

I’ve always had a wicked sense of humor, and was the kid who told the ghost stories around the campfire.
I am lucky to have family all over the world and have spent wonderful vacations in many countries. I love the rugged beauty of Montana and can’t wait to return.
I use the memories from my travels to enhance my stories.

My interest in the development of forensic science to solve crime goes back many years. It was one subject I enjoyed studying and with the constant advances, it never gets boring.

I enjoy writing crime, mystery and thrillers. With many stories, waiting for me to write I’ll look forward to sharing many spine tingling stories with you.

D.K. Hood is an active member of International Thriller Writers.