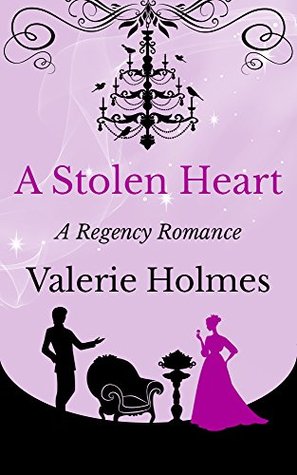 When her coach jolts to an abrupt halt, stopped by a highwayman, Ruth and her companions fear for their lives. But the gentleman robber seeks only to retrieve the papers held by Mr Upton, a business associate of Ruth’s guardian; released unharmed, she is haunted by the dark blue eyes of the stranger. Little does she know that the despicable Upton is the man chosen to be her husband – or that one day the owner of those blue eyes will reappear in her life, and steal her heart…

Miss Ruth Grainger was traveling with her party in a coach when they were stopped by a robber seemingly only to want to retrieve papers carried by a fellow traveller. Scared for her life though Ruth is even more upset when her guardian’s business associate Mr Archibald Upton uses her to hide behind during the robbery. After it was all over though all Ruth could remember of the robber was his deep blue eyes.

After Ruth returns to the home of her guardian she finds that his wife is only concerned with preparing for an upcoming ball. Before she knows it Ruth finds herself being prepared to be forced in a marriage with Upton. Appalled by the idea of arranged marriage Ruth only wants to marry for love and when a stranger with blue eyes enters her life she is determined that is exactly what she’ll do.

A Stolen Heart by Valerie Holmes isn’t a bad read at all but it just wasn’t anything that really stood out to me to make me overly excited either. All we seem to have in the story is the usual fighting an arranged marriage to an almost comical bad guy while falling in love with another.

But, when I mention falling in love it really is more implied than shown in the story as the book tends to focus more on the set up than the actual romance seemingly to take until the last second to try to add a bit of chemistry. If just wanting a peek into a historical time without much out of the ordinary though this one was a fairly quick read.