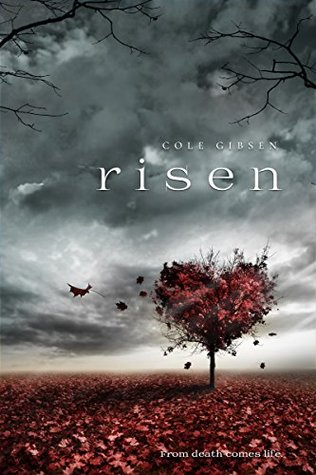 My aunt has been kidnapped by vampires, and it’s up to me to save her. Only…I had no idea vampires existed. None. Nada. I’m more of a reader than a fighter, and even though I’d been wishing to escape my boring existence in the middle of nowhere, I’d give anything to have it back now if it meant my aunt was safe.

Then there’s the vampire Sebastian, who seems slightly nicer than most of the bloodsuckers I’ve run into so far. Yes, he’s the hottest being I’ve ever come across, but there’s no way I can trust him. He swears he’s helping me get answers, but there’s more to his story. Now I’m a key pawn in a raging vampire war, and I need to pick the right ally.

But my chances of surviving this war are slim at best, when the side I choose might be the one that wants me dead the most.

Risen by Cole Gibsen is the first book in the new young adult paranormal fantasy Blood Eternal series. The moment I saw the stunning cover on this one I knew any restraint I had would be out the window and I would need to read this one. Of course I was asking myself at the time did I really need to read yet another YA vampire book? Well, when done I’m glad that I didn’t talk myself out of it as this one had what I’m always searching for, something different.

The story starts off with Charlie out walking her dog, Jazz, in the wood when things go eerily silent and Jazz gets a bit antsy. Thinking it’s just the scent of some other animal that has Jazz all worked up Charlie thinks nothing of it as she returns to the remote cabin she shares with her aunt who has raised her.

After returning home however when Charlie’s aunt hears about what happened she completely freaks out and starts spouting something about the monsters are coming. Charlie has no clue what is going on but when three strange men show up at the cabin Charlie begins to see into a world that she never knew existed and apparently her aunt had been a part of.

Unfortunately before Charlie can even wrap her head around the fact that it seems that vampires do exist in the world two of the strangers take her aunt. The remaining vampire is left to find evidence in the cabin to take to his leader and to dispose of Charlie but before that can happen he finds there is something a bit different to Charlie herself making him curious.

Risen was one that was easy to escape into and become interested in the story from the very beginning but I had to question whether this would be just another vampire romance type of book or would there be something about it to make it stand out. It didn’t take long for the author to begin to weave a whole new vampire world to completely grab my attention and draw me in. For starters there aren’t even just “vampires” but different subspecies, the Corpus, Mentis and Amina. Now I’ve always had my suspicions that the reason Twilight did so well was simply taking something familiar and changing the rules to create something new and that is what we have with Risen too.

After sighing with relief that I would find something entertaining hiding under the cover that I’d fallen in love with I settled in to see what else the book would hold. Along with some excellent and creative world building there was plenty of action and intrigue unfolding in this start to the series. With a constant fast pace to the story it easily kept my sometimes known to wander attention and by the end of the book I would rate this start to the series at 4.5 stars and quite look forward to seeing what happens with Charlie and company in the next installment. 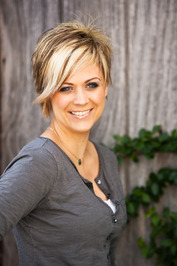 Growing up, Cole Gibsen couldn’t decide what she loved more–dogs or books. So she decided to devote her life to both! Dog trainer (wrangler) by day and author by night, she’s the author of over ten books with more on the way.

She would love to connect with you on Twitter at www.Twitter.com/ColeGibsen

Leave a Reply to By Hook Or By Book ~ Book Reviews, News, & Other Stuff Cancel reply